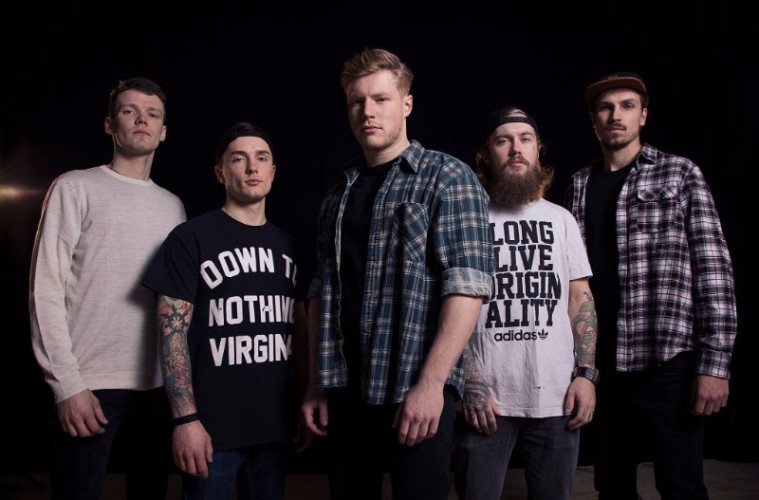 In a statement, the sonically monstrous band confirmed that their final three shows would take place in September, with a final curtain call at the Melkweg on 21st with special guests Take No Prisoners and Dock 83.

Explaining the break-up, the band states that there is no bad blood between any of them and that they will all continue to make music in various different formats. The full statement reads:

“Yes, this is it.
It comes with mixed emotions but ultimately it feels like the right thing to do. We’re closing this chapter.

About 8 years ago we formed this band as teenagers and as we’ve grown up (just a little though) we feel that it’s getting harder to consistently provide the energetic drive that this band was found on. We’re simply longing for something new and we’ve decided that we want to leave the memory of 18 Miles in honour.

How grateful we are for our time, this journey with all of you is immeasurable. Everyone that had faith in us over the years, booked a show for us, sung with us, got our merch, bought a record, fed us, gave us a place to sleep, got a tattoo with our lyrics (yes, that happened too), simply anyone who made this band possible… Thank you so, so much. You have no idea what it meant for us. Sometimes we still can’t wrap our heads around it. We have been to wonderful places and we made friendships that will last lifetimes.

To answer the typical FAQ to this kind of situation:
No, there’s no bad blood. Don’t worry about that.
Yes, we will keep making music.
No, we are not sure what will be next. Not yet.

We are still playing all of the shows that are already on our agenda and we’re finishing with this banger.
We hope to see as many of you as possible to do this with us one last time.

Over the course of their eight year career, the band released one studio album: 2015’s Darker Times. They also put out The Grey EP last year, with the course of their career also taking them to festivals like Jera on Air and Zwarte Cross. Get your tickets for the band’s final show here (at the cost of eight euros), and listen to Millennial Waste below.