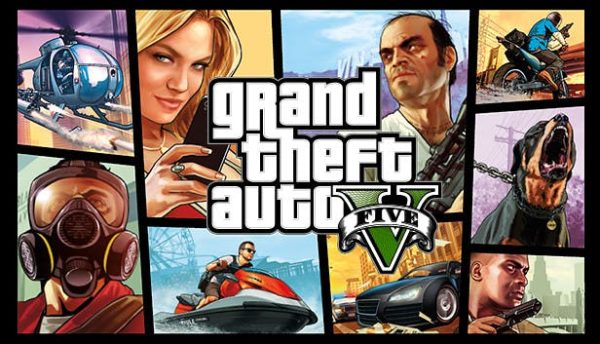 Over the years, video game soundtracks have presented us with so many memorable moments that it’s become hard to keep track of all the nostalgia. One game in particular did an incredible job at this, setting the bar incredibly high for years to come: Grand Theft Auto V. The pioneering Rockstar release’s in-game radio presented players with a choice of more than 20 stations, each with upwards of 25 songs on constant repeat. Add each station’s own host, a variety of game-specific radio fragments and you had yourself the ultimate gaming soundtrack experience. Today, as we fill our time reliving the high life in Los Santos, we pick out the game’s 20 best songs. We’ve left a short sentence with each song, but you should probably listen for yourself instead.

Remember that cutaway where Trevor returns his Stockholm Syndrome-addled hostage Mrs Madrazo back to her husband? That would never be the same without this Chicago slow burner.

One of the more leftfield songs on the soundtrack, but certainly a perfect contender for late night cruising around Mirror Park.

Speaking of mirrors, FIDLAR used plenty of these when recording garage banger Cocaine.

Grand Theft Auto V did a solid job at putting together a groove-based radio station, on which this Brass Construction classic was the clear highlight.

Channel X would have never been the same if Subliminal wasn’t blasting out of the speakers during your bike ride across the desert.

An unmistakeable noughties pop classic of the highest order.

There’s something so iconic about those opening keys, building up for what feels like forever before kicking into some classic 70s funk rock.

Kick up the volume to 11, find (read: steal) the fastest vehicle you can and go full-on rage mode down the freeway as cops chase your tail.

12 YELLOWMAN – NOBODY MOVE NOBODY GET HURT

This Yellowman classic is the perfect accompaniment to a hazy drive home after visiting Los Santos’ best coffeeshop – Smoke on the Water.

This Fergie banger is exactly what its title says it is: glamorous. Nothing more, nothing less.

Steve Winwood was definitely onto something when he released Higher Love. From its powerful percussion to a larger than life chorus, it’s a jewel in Los Santos Rock Radio’s crown.

8 THE DOOBIE BROTHERS – WHAT A FOOL BELIEVES

Ah, The Doobie Brothers. Another one of those songs perfect for lighting up to, ideally sitting on a sun lounger near Paleto Bay.

Survivor have always been good at motivating people through song, and this was no different when Burning Heart soundtracked your journey towards the next big heist.

It’s easy to call everything iconic these days, but the opening synths on M83 classic Midnight City are nothing short of memorable. Nighttime drive, anyone?

Meet Me Halfway had all the hallmarks of a classic Grand Theft Auto song: memorable lyrics, pounding beats and enough dreaminess to warrant yet another nighttime drive. It’s one of Black Eyed Peas‘ more intriguing singles, a perfect mid-point between pure pop and indie.

Taxi rides will never be the same.

Photograph is an absolute stomper of a track, and although it isn’t top of this list it came damn well close. All together now, “Photograaaaph, I don’t want you…”

Everything about Peace of Mind encapsulates what Rockstar tried to capture with Grand Theft Auto: a sense of unending freedom, bookended by a little bit of chaos and bouts of happiness. From its intertwining guitars and pulsating drums to a spine tingling solo and *those* harmonies, Boston really struck gold with this hard rock monster. So much so that it is – deservedly – the best song on the entire Grand Theft Auto V soundtrack. Kenny Loggins would be proud.

We’re not sure how long it will take until Rockstar Games decides to stop beating the dead horse that is GTA Online, but once they do it surely can’t be long until GTA VI slowly becomes more of a reality than a rumour. And once that day comes, we hope its soundtrack is just as infectious, varied and iconic.