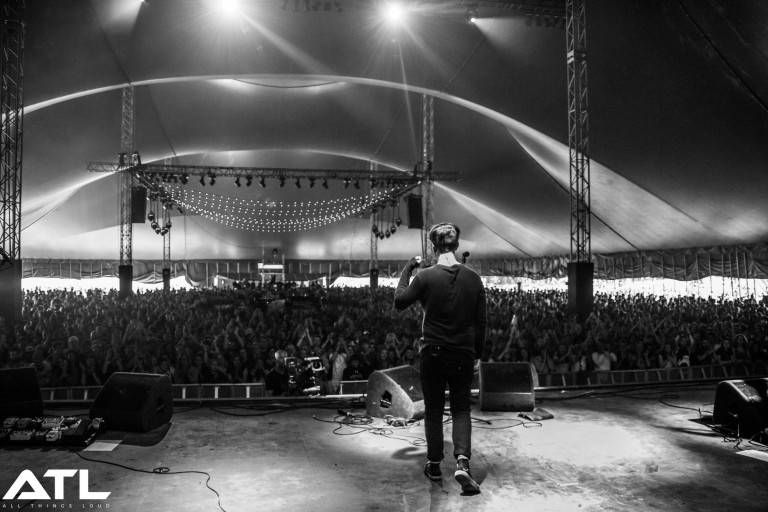 2016: The Moments That Defined a Year

So, 2016; where do we begin? It’s been a year of extreme highs, tumultuous lows and few and far between. What started as a year of hope ended in a year which saw the likes of Bowie, Prince and (only yesterday) George Michael pass as well as see the infamous Donald Trump claim presidency of the United States. It’s been a year which brought the world of music closer together than ever before, even if it seemed as though everything was set to divide us. Aside from all the political and environmental unrest which we’ve faced this year, 2016 has definitely been a solid twelve months for (live) music. We may have lost some of the greats, but with each loss the music community came together and persevered more than ever before. We’ve picked out five moments which defined the current state of music, ranging from huge events and reunions through to sonically defiant releases by bands who still have a long way to go.

THE YEAR IN WHICH STREAMING TOOK CONTROL
You don’t need to compile a list of facts and figures to be aware of the substantial effect which streaming has had on music this year. Whether we like it or not, the way in which we consume music has changed to a point where the playlist is king and CDs are as good as obsolete. Vinyl sales may be at a 28 year high, but that’s by no means a way of compromising streaming’s defining impact. Although all streaming services are doing their best to understand the user, Spotify does this better than any other application out there. Instead of providing a basis for artists to supply their music for fans, Spotify takes the music and combines it with the user’s listening habits so as to tailor every single time they stream music. Upon searching for an artist on Spotify, the app’s own handmade playlists now show up before you find anything to do with the artist. The thing with technology, though, is that it’s dynamic and constantly evolving. You never know what could come next or in which direction a modern day phenomenon like streaming will go, which means that 2017s potential technological endeavours are still anyone’s guess. Whatever happens next year, though, will be a strong continuation of what happened over the last twelve months. 2016 was the year in which streaming took control, and it doesn’t look like it will let go anytime soon.

GUNS N’ ROSES PROVED THAT ROCK ‘N ROLL LIVES ON
Whether or not it’s for the money we’ll likely never know, but the (almost) original Guns N’ Roses line-up made their grand return earlier this year with a pair of show-stopping nostalgic trips at Coachella. Axl, Slash and Duff looked like returning heroes as they took to the stage in California, accompanied by a live band which featured old and new faces. There may be no new music on the horizon, but that isn’t an issue when you’re faced with a band who have a back catalogue as strong as Guns N’ Roses. Their Not in This Lifetime tour will finally hit Europe in 2017, following an extremely successful run of US stadium shows throughout their comeback year. Talk of vocal troubles surrounding Rose has been kept to a minimum, and quite rightly so: Axl and co. have gotten their act together to prove that Guns N’ Roses deservedly earnt the title of Comeback of the Year.

A YEAR IN DEATH: DAVID BOWIE, PRINCE AND GEORGE MICHAEL
With David Bowie, Prince and George Michael amongst the 80s legends to have passed this year, it’s safe to say that, as each day passes, our world’s rich musical history seems to be fading away faster and faster. The three aforementioned artists all defined what it meant to be a man in their own unique ways, with each one also leaving behind a collection of music vaster, broader and more eclectic than anything around today. Bowie grimly teased his own death on the meticulously crafted Blackstar (released three days prior to his death), whereas Prince and George Michael both stayed in the shadows, hard at work on their respective back catalogues, most of which we’ll likely never hear. It wasn’t just these three who perished, though; the world also lost vocal talent Christina Grimmie, Eagles founder Glenn Frey and lothario Leonard Cohen, amongst others. Lemmy got the ball rolling at the end of 2015, and since then some of music’s biggest stars seem to have been dropping like flies. Death is never pleasant, but the fact that it’s faced us oh so often this year makes it a defining part of 2016s musical landscape. Here’s to a significantly less upsetting 2017. DESERT TRIP: A FESTIVAL FOR THE AGES
For those unaware: the team behind Coachella hosted a brand new festival on its Polo grounds this year under the Desert Trip moniker. Its intention? To collect six of the world’s most legendary (and living) musicians and get them to perform twice across two consecutive weekends for upwards of 100,000 people. The line-up? Well, it couldn’t have been much bigger than this: Paul McCartney, The Who, Roger Waters, The Rolling Stones, Neil Young and Bob Dylan all appeared in California, drawing a crowd which consisted predominantly of nostalgic pensioners and their kids. The fact that so many young people actually showed up (which alone cost them $400) says an awful lot about the longevity of these artists, especially considering the fact that they weren’t even a pigment in their parents’ imaginations when the aforementioned headliners were at their peak. Nobody knows how long the classic artists will still be around for, meaning that Desert Trip was the perfect bucket list for music fans from all walks of life. Whether or not another six artists will appear at a brand new Desert Trip next year remains to be seen (see: Diana Ross or Elton John), yet considering the amount of talent we’ve lost this year it wouldn’t be a surprise if promoters well and truly grabbed their chance to put on a show one last time. Our planet’s legends aren’t getting any younger, after all.

KING GIZZARD & THE LIZARD WIZARD REDEFINING THE ALBUM
Although the mainstream music media placed a huge emphasis on Beyoncé, Kanye West and Drake’s roles in rejuvenating the album, little can be said for the quality of their supposedly intricate and interwoven output. Sure, the former two may have made use of creative release techniques whilst the latter cry-rapped himself to sleep, but how much substance did they actually contain beyond a few deep cuts and a barrage of snare-heavy percussion? Not much is the short answer. There are a whole host of other bands who managed to just get it right regarding albums, but Australian psych-lords King Gizzard & the Lizard most definitely reigned supreme with their conceptual masterpiece, Nonagon Infinity. Albeit not the first band who’d spring to mind when outlining the year’s musical high points, King Gizzard are a seven-piece who possess immense musicality. On Nonagon Infinity, the band took a far-fetched concept and turned it into a seamlessly flowing collection of nine manic tracks. From Robot Stop’s opening riff salvo all the way through to Road Train’s grisly chugs, Nonagon Infinity is a one-of-a-kind record which the band will have difficulty topping when they release five studio albums in 2017. The first of these, Flying Microtonal Banana, explores microtonal tuning and is due in February. We’d hereby also like to christen Stu Mackenzie and co. as our Band of the Year, something which is down to their boundary-pushing creativity and musical perseverance.

Picking five moments which supposedly defined 365 days’ worth of music is obviously not an easy task, particularly when you consider the personal aspect involved in picking said moments. There are a whole host of moments which made 2016 such a fantastic year, regardless of how big or small of an impact they would’ve had on particular people. With this list we hope to shed light on five occasions which we personally feel have had a distinct impact not just on us as writers or photographers, but also as people. 2017 will have a tough time topping the last twelve months, however as long as there aren’t too many deaths we’re sure it’ll go swimmingly.