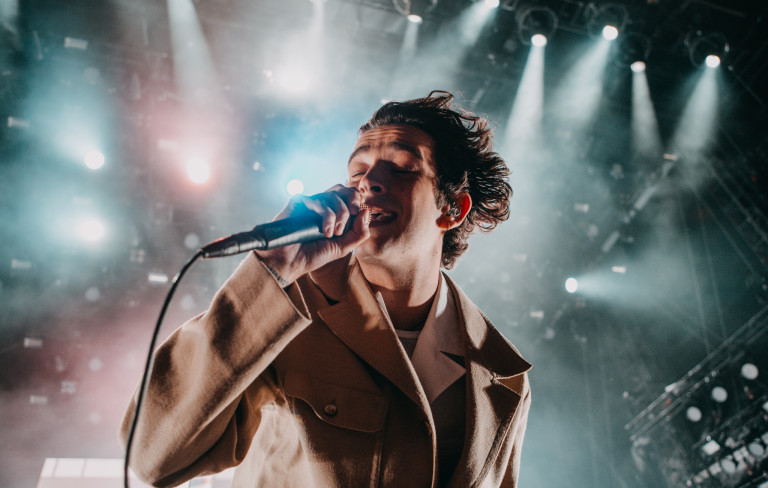 As we head towards the end of 2019, it’s time to slowly unwind and reflect on the twelve months which made up the final year of the decade. In terms of numbers, 2019 has by far and large been a big year for everyone at All Things Loud. Read on to find out why…

All Things Loud brought you coverage of at least 253 live shows between January and December. Among some of our highlights were Architects’ larger than life shows in Amsterdam and Brussels, King Gizzard & the Lizard Wizard‘s mental double-header in Utrecht and an utterly memorable string of Benelux shows with IDLES. We brought you coverage of IDLES no less than six times this year, and that isn’t even the most. Bring Me the Horizon featured on the All Things Loud website a total of seven times.

We brought you coverage of 46 different festivals this year, kicking off at Eurosonic Noorderslag back in January and ending with Mildtfest in Eindhoven last month. During the busiest part of the summer, you would have found All Things Loud’s team spread out across multiple festivals at once. Peak time? 10 till 14 July: Dour, 2000 Trees, Mad Cool Festival, Pohoda, Forecastle, Woo Hah and Kliko Fest.

All Things Loud covered festivals in more countries than ever before this year, bringing you coverage of events as far flung as Melbourne’s Download Festival and Slovakia’s Pohoda Festival alongside the more regular likes of Rock am Ring, Down the Rabbit Hole and Rock en Seine.

Our team sat down with no less than 40 artists throughout 2019, from up-and-comers like LIFE, For I Am King and The Murder Capital to established big hitters Ghost, Weezer and Sum 41. We introduced you to our batshit crazy Real Power Talk series, unveiling episodes with HENGE, ACRES and Shht. Furthermore, we also introduced you to this year’s biggest hypes, including black midi and Fontaines D.C. And to finish off the decade, we’ve got Ty Segall and Amber Run still to come.

We hosted seven premieres this year, including releases from The Growlers, The Vices and Victories at Sea. You’ll only find six on our website, but come back on Friday (20 December) for one last premiere.

The All Things Loud team now consists of 27 people, all of whom are accompanied by a group of at least 20 occasional contributors. So 47, basically. Thanks to everyone who worked on making 2019 a great way to end the decade.