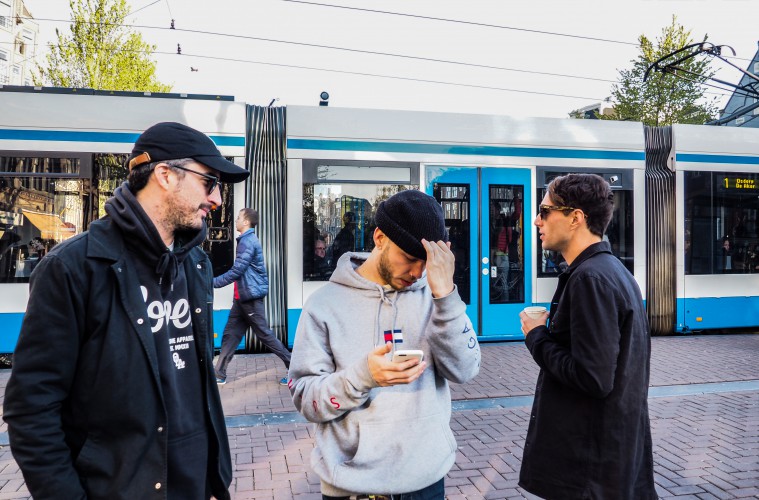 A Day in the Life of Hellions

The travelling Impericon Festival annually presents itself as one of the very few opportunities for renowned heavier bands to tour through Europe together. With the Warped Tour having well and truly been stationed in the US, the German clothing brand have managed to put on a strong tour and subsequent line-up year upon year, with thousands of fans turning out to witness some ten bands on each date of the jaunt. Yesterday (1 May), Impericon Festival hit the Melkweg in Amsterdam with a line-up which boasted big shots Hatebreed and Northlane as well as up-and-coming collectives Hundredth and Hellions. We spent the whole day hanging out with the Sydney-based Hellions, joining them on and offstage for various shenanigans in and around Amsterdam with the rest of the touring party. Anthony of Hellions prepares for the show Lee of Hundredth watches on from the side Hundredth getting down onstage Hundreth were on second, performing to a near-full Melkweg An intense game of rock, paper & scissors to see who gets to order dinner first Chilling by the bus We’ve got your back, Josh Hellions and Hundreth hanging out before departure Dre gets ready to leave The beginning of the depature commences Hellions are due to release a new studio album later this year.