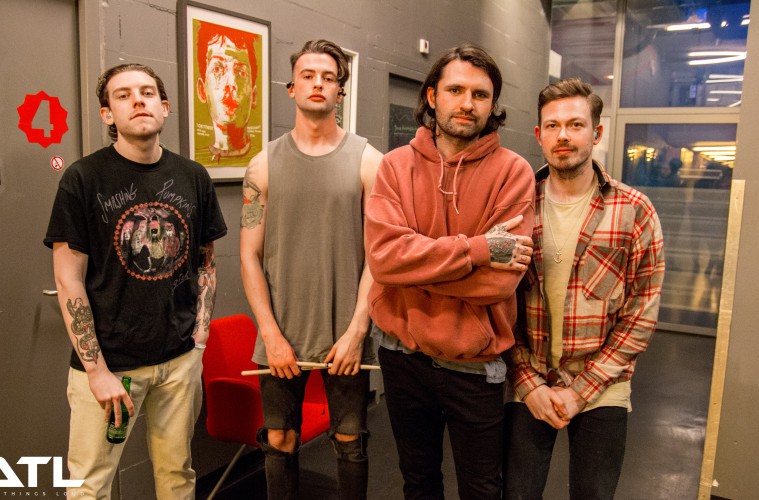 A Day in the Life of Lower Than Atlantis

It may have taken a few years, but Hertfordshire quartet Lower Than Atlantis have seen a somewhat stratospheric rise on the back of new studio album Safe in Sound. The record, which sees them undergo their largest UK tour ever later this month (including a show at the prestigious Brixton Academy), is by far the band’s most varied and powerful to date, encapsulating hard-hitting rhythms and lyrics of a higher quality than ever before. Last night, the band took their co-headline tour with Young Guns to the Patronaat in Haarlem. Here’s what went down… 15:34. With little to do within the confines of Haarlem’s Patronaat, frontman Mike Duce entertains himself. 18:49. Duce appears disgruntled as he examines his monitors 18:50. Thrower engages in conversation about his own monitors 19:43. Hart cracks open a beer, with Duce in the background declaring that it’s time the “party started”. 20:36. The show’s in full swing, with a stage invasion set to take place not too long after this picture was taken. 20:58. Thrower lays down some beats, and on that note their show approaches an energetic end. 22:26. The whole evening comes to an end by means of an energetic Young Guns set… 01:30. …with none other than Two Door Cinema Club taking care of afterparty duties.

Safe in Sound is out now.