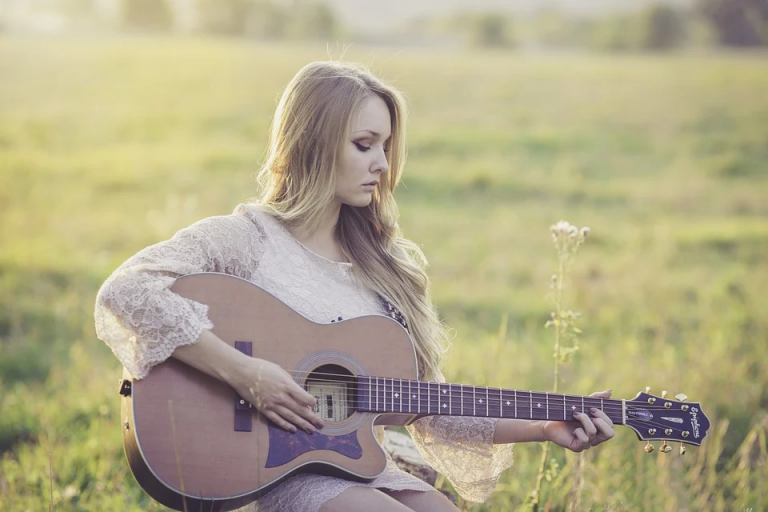 Guitars are an essential part of all genres of music. Moreover, some people take it upon themselves to play guitar professionally or as a hobby. The following is a list of the most popular guitars in the world and why people buy them.

This guitar is a product by Fender. Fender is one of the pioneer producers of guitars in the world. It made its debut in 1950 and underwent many developments to improve it. It can also be referred to as Esquire. It has humbucking pickups hence it produces a thick and chunky sound. The Fender telecaster is versatile and used to play different kinds of music like rock, jazz, heavy metal, and country music. It is the pick of most renowned jazz guitarists like Ted Greene and Ed Bickert.

Why Do People Buy It?

The fender telecaster is preferred by many because:

Fender Stratocaster is a favorite for most guitarists of all genres. It has single body pickups hence it sounds a little cutting and trembly. It was introduced in 1954 after its older cousin the Telecaster. It is also one of the key guitars of rock and roll music.  It is the most produced guitar sound in all genres of music in the world. It is probably more common because of the Monterey Pop Festival in 1967 where Jimi Hendrix lit it up after a performance.

Why Do People Buy Fender Stratocasters?

This one is among the most popular guitars in the world and most guitarists play it. Gibson Les Paul’s is also the most sought-after and imitated model. It leads to the production of rhythmic tones. Two notable players of this model are Jimmy Page and Garry More. Although most people complain about its weight, they buy it because:

It was introduced in 1958 as a part of Gibson’s guitar collection. Its notable players are B.B King and Larry Carlton.  They not only play jazz as it is a common notion. With this guitar, you can be sure that will find the right instrument that suits you. They are very versatile and can play other genres of music. Although it is expensive, it is still preferred by many people. The following are reasons why people buy Gibson ES-335?

It is an all-time best-selling guitar from the Gibsons. It was introduced in 1961 and was initially coined the new Les Paul. It had horn-shaped cutaways, with a neck joint that moved three frets. It was to resemble the Gibson SG Standard but lighter, slimmer, and slimmer. Due to issues with the contract, Paul’s name was removed and it was called SG to mean Solid Guitar. It has never been out of production since it was first invented. People love buying it because:

It is a guitar that has been relied upon by most notable guitarists like Johnny Cash and Joni Mitchell. Martin D-28 RE-IMAGINED is one of the most excellent and convenient guitars to be produced. It has a very recognizable sound. Most guitarists dream of having it because of the following reasons:

This one is the most elegant-looking and costly guitar. The Gretsch White Falcon is not a child play affair it requires that you know your playing skills. It was first popularized by The Cult’s Billy Duffy. From then on, it became a music darling featuring in almost all genres including rock and blues. Most people buy it because:

This is a green steel 80’s classic that is out to meet your musical needs. This is the brains behind Fishman Fluence Classic Humbucker Pickups’ success. People buy it because:

This one specifically allows you to transition to high-level sounds. Reasons that make people buy it include:

This is a guitar produced by Music Mn Artist Series. It is considered as the best purchase by people because of the following reasons:

In conclusion, purchasing guitars depends mostly on what someone prefers. Moreover, it depends on the purpose you would wish to perform with a guitar. Finally, different guitars are used together to produce desired tunes and sounds.