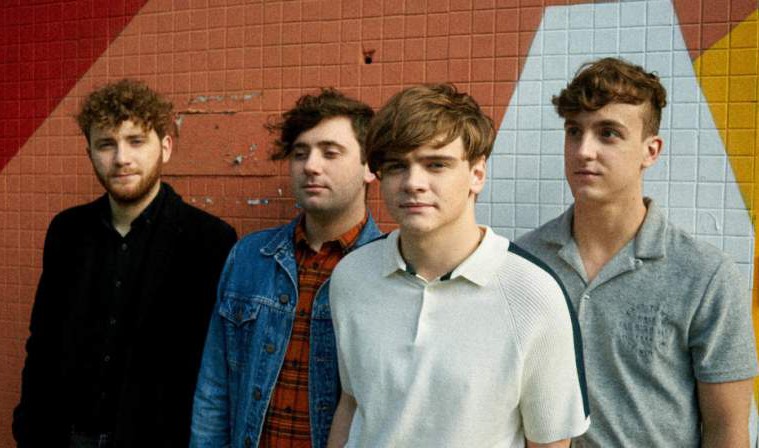 The Academic: LIVE IN CHICAGO

After a rescheduling of their North American tour, the Kooks recruited indie-rock contemporaries The Academic to support them on their new tour dates. Hailing from Ireland, but with only a hint of an accent, the four-piece (much like the Kooks) have supported bands such as the Pixies and the Strokes in the past, coming off of just a debut LP in January. Tales of the Backseat, their first full-length, is a collection of catchy indie-rock made for summer drives and high school parties. The band attracted attention following their inventive video for Bear Claws, a single released in 2017, which utilised the lag in Facebook Live broadcasting to create a DIY looping machine.

Besides turning internet delay into a creative tool, the Academic specializes in a clean-cut rocker persona which extends from their music to their image. Dressed in button-downs, black jeans, and a Talking Heads t-shirt (from Stephen Murtagh on bass), the Academic took the stage at the sold-out Vic Theatre in Chicago earlier this month. The band has energy, but perhaps in taking a note from the Strokes they remain mostly stationary on stage, dancing within a small radius of their respective posts on the old-style theatre stage. Particularly impressive is drummer Dean Gavin, who doesn’t break a sweat during the entire set, flicking at the drums without a curl out of place.

It seems apt that the Academic is touring with the Kooks, as they’ve got a lot in common. Beyond the UK appeal of both bands and a similar approach to music, the Academic and their reception at the Vic Theatre suggests similarities to the Kooks before they earned their Britpop crown.

Catch The Academic live at Pinkpop Festival this weekend.