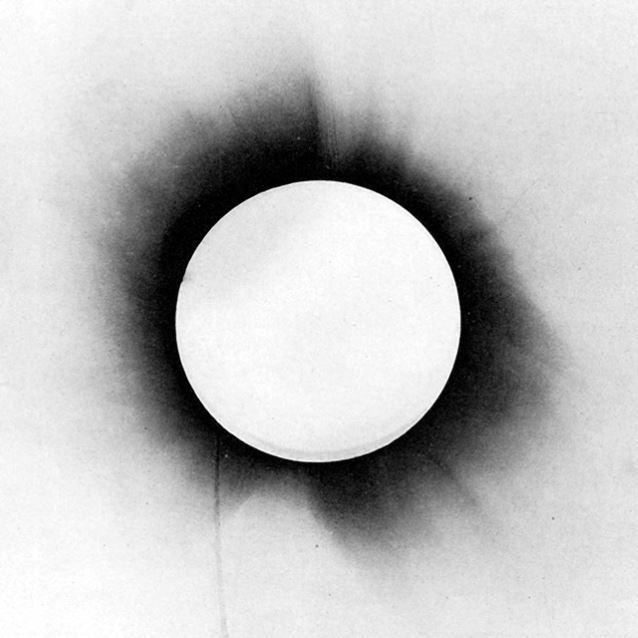 Album Review: Architects – All Our Gods Have Abandoned Us

“Blegh!” Architects are back, and they couldn’t be any closer to top form. The Sam Carter-fronted metalcore outfit have just put out new album All Our Gods Have Abandoned Us, a record which has proven to be one of this year’s most exciting. Having laid down the record in Gothenburg late last year, the album carries all the hallmarks of a dark, Scandinavian winter. Grisly howls, pummelling riffs and destructive percussion seem to be Architects’ trump card, with the Brighton outfit having gone all out for what is by far one of 2016’s most menacing releases.

The collection opens on the fierce Nihilist, a track which doesn’t hesitate whatsoever in building up or inducing tension. The song hits hard from the word go with brutal riffs and Sam Carter’s recognizable howls, both of which combine to produce an end product that challenges everything we previously thought or knew about modern day metalcore. Architects don’t do things by-numbers; rather, they take those numbers and mash them up to create something which sounds just as much refreshing as it does original. Deathwish introduces lilting electronic flourishes early on, with percussionist Dan Searle’s pounding drums standing out for the duration. The way in which Searle flitters between faster and slower tempos is commendable, especially considering the pace at which he does it on nearly each track. When you combine it with bassist Alex Dean and guitarists Tom Searle and Adam Christianson you get yourself an absolutely irresistible five-piece capable of creating magic in bulk. “Maybe we’ve missed the point of no return” declares Carter on Deathwish, his lyrics generally conveying feelings of emptiness and loneliness in today’s vast world. Phantom Fear’s pummelling, down-tuned drops make for a slightly slower tempo as Carter sings “fuck them all, we won’t play their game”. It’s all fierce stuff, with Architects clearly getting heavier and darker as time goes by.

Although All Our Gods Have Abandoned Us is a unique and ground-breaking record, you must admit that the musical structure does become quite recycled if you don’t start playing your cards right. Recent singe Downfall is an example of this (the only real example on the record), possessing ‘more of the same’ heavy drops and accompanying clattering rhythms. “They’ll only sell us out!” declares Carter, his vocals bearing an added sense of anger and fear for the duration of the track. “We are paralyzed” he continues, occasionally slipping in vocal lines which sound more as if they’re leaning towards rugged clean vocals. Carter has a recognizable scream, however it now seems as though he’s broadening his vocal horizons just as much as his band are broadening their instrumental scope. Having said that, though, the core foundations of Architects have never changed. The band, Carter in particular, still challenge societal issues (Carter is an ambassador for conservation society Sea Shepherd) and try to expose the vast problems this world encounters on a daily basis. The manic Gone With the Wind attempts to place personal sickness and disadvantage in the context of societal disillusionment (“The weight of the world is resting on thin ice / When the surface breaks, will I find paradise?”), projecting Carter’s opinions onto a wall for the masses to observe. The Empty Hourglass reintroduces more of the aforementioned electronic elements, chopping up Carter’s distant howls as a math-infused drop brings the chaos. Carter muses about society standing still and not being able to see what the future beholds, with Searle and Dean’s rhythmic duo stopping and starting at instant pace. “The empty hourglass, we’re going nowhere fast” declares the frontman as he sings of time standing still. The topics which Architects cover on their new record certainly aren’t pretty; rather, they’re dark and disturbing in a way which challenges you to try and change the foundations of what you believe in.

Lead single A Match Made in Heaven bashes revolution and war by placing it in a questionable context, one which namechecks cancer, non-sinking anchors and “cold blooded retribution”. As statements go, A Match Made in Heaven certainly makes a big one. “Don’t be surprised to find a price on your head” declares Carter half way through, later making way for more statements on the ambient electro-flecked Gravity. Even though the track pulsates at a rapid pace, it’s underpinned by cleverly programmed electronics which pair up nicely with the sharp instrumental stabs. Architects’ use of electronics is never ‘obvious’ or in the foreground of their music, yet it’s an ever present reminder that ambient synths and flittering bleeps are just as integral to their eerie undertones as Carter’s thought-provoking lyrics are. All Love is Lost slows down the pace ever so slightly, making use of strummed chords and a booming bass drum. It sounds pretty different to anything that Architects have ever done before, deviating greatly from the formula which makes most of their songs so attractive. “Repress the god forsaken!” declares Carter during an ambient moment, with All Love is Lost for the most part following a more relaxed pathway. It’s a nice breather in terms of the whole album, placing more emphasis on Dean’s bass and Searle and Christianson’s conjoined guitar lines. Penultimate track From the Wilderness builds up with extreme subtlety, utilizing lilting guitar lines and wavy synths to help Carter and co. knock everything down with full force. All Our Gods Have Abandoned Us comes to a close on the eight-minute long Memento Mori, which is by far one of the year’s best heavy tracks. Opening on borderline experimental drones and electronic pulsations, Memento Mori is an absolutely unforgettable masterpiece. Carter’s opening clean vocals and the underpinning guitars are almost hypnotic in their delivery, presenting the band in their most fragile form. “Let me live and die in peace” asks Carter early on, before sprawling electronics take over and lead by example. As the rest of the band enter the frame, everything starts bubbling up in intensity until the track lands like the utter behemoth that it was hyped up to be in early interviews. With some three minutes to go before the record’s curtain finally falls, everything dies down and is subsequently swallowed up by buzzsaw synths and a ticking clock. What’s the clock counting down to, though? Utter chaos, as is demonstrated by the full band during the track’s final, destructive salvo. As album closers go, Memento Mori may well be one of the best in a long time.

All Our Gods Have Abandoned Us is one of the finest heavy records released in an extremely long time, crushing everything Architects have ever done before with effortless ease. From Nihilist’s opening intensity to Memento Mori’s epic destruction, All Our Gods Have Abanonded Us is an album which won’t be forgotten soon.

All Our Gods Have Abandoned Us is out now via Epitaph Records. Stream it below.