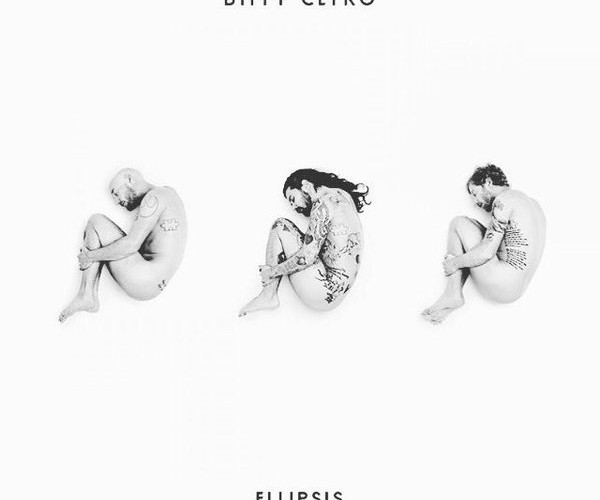 Somewhere in the three years between 2013 double album Opposites and this year’s Ellipsis, Biffy Clyro frontman Simon Neil had a huge breakdown. He was at the “most terrifying moment” of his life, with everything subsequently coming to a halt on a personal and musical level. Neil was ordered bed rest and regrouped to the best of his abilities, however this didn’t last all too long. Within no time, Neil and bandmates Ben and James Johnston were back in the studio, hammering away at a record which has marked a turning point in the band’s career. Is Ellipsis any good though? We took a listen to find out.

The record kicks off on lead single Wolves of Winter, which is Biffy’s latest and most visceral battle cry yet. A barrage of laughter and feedback builds up the suspense, before Neil’s paranoid musings and fuzzy guitar strums make way for a literal explosion. It instantly sounds like Biffy at their best, with Neil asking: “how’s it gonna feel when there’s no one to support ya?” He sounds angry and defiant, like a wolf waiting to victoriously pounce upon some fresh prey. The pouncing is subsequently carried out by way of monstrous percussive sections, rigid basslines and fierce guitar segments. Upon release, Neil called Wolves of Winter a punch in the throat, and he wasn’t wrong in the slightest. Friends and Enemies adds more suspense to proceedings as thundering percussion, handclaps and strummed guitars accompany Neil’s more hopeful vocal tone. “They don’t ask but they still come around” he declares early on, before an arpeggio synth and monstrous guitars make for a huge chorus. “With a friend as good as you, who needs enemies?” declares the long-haired Neil during said chorus, potentially targeting his lyrics at the same person he lambasted on Wolves of Winter. Like all good Biffy Clyro tracks, Friends and Enemies employs an unbeatable formula which Neil and the Johnston’s have been building up since the release of commercial breakthrough album Only Revolutions back in 2009. Recent single Animal Style picks up the pace once more, placing a huge emphasis on the Johnston’s collective rhythm section. The track is a hauntingly anthemic example of what Biffy Clyro are best capable of: rocking the fuck out. This time round, though, James Johnston’s bassline has added some danceable grooves to proceedings, something which Biffy Clyro have shied away from in the past.

Re-Arrange slows down proceedings substantially, once again employing handclaps and adding some serene guitar lines. It’s all an accompaniment for Neil’s fragile voice, one which has been slightly altered. “Darling, you’re my everything” he declares, sounding even more fragile than ever before in his minimalistic and tired sounding delivery. Re-Arrange’s lyrics seem like a definite nod to his past breakdowns, sounding apologetic during a chorus which sees him recognize his past mistakes. Herex takes on Biffy’s most anthemic ventures and pairs them with distorted guitar stabs, whilst a mid-tempo groove underpins proceedings. “How did you think that you’d figure this out?” asks Neil during the chorus, one which features lilting synthesizer segments alongside further distorted stabs. By Biffy Clyro’s standards, Herex focuses more on beauty than it does on power. In terms of the whole record, though, Herex falls ever so slightly below the mark which the four preceding songs had set. The acoustic Medicine sounds like Ellipsis’ very own attempt at recreating Only Revolutions classic God & Satan, with a focus on Neil’s personal breakdown story having been placed in the very middle. Clear nods to medicine and the breaking apart of a relationship are made early on, placing Neil atop an emotional pedestal. If there was ever a moment in Biffy Clyro’s career where Neil sounded like a breakable man, then it was on Medicine. Flammable returns Ellipsis back to higher ground, with Neil and the Johnston brothers reintroducing some groove to the record by means of wah-wah guitar lines and off-beat drum patterns. The chorus is fit for stadiums, something which Neil’s impressive guitar stabs also help support. Although the majority of the world’s focus is placed on Simon Neil when it comes to Biffy Clyro, it’s worth recognizing the huge parts which both Johnston brothers play in Biffy’s success and continued evolution. As a trio, Biffy Clyro are more than just a band; they’re brothers in arms who stick together no matter what, and that couldn’t be more evident throughout Ellipsis. The short-but-sharp On a Bang is another punch in the throat, being held together by a menacing rhythm section and references to today’s diabolical natural world. “Why can’t you fucking do better?” asks Neil as he intersperses his musings with screams and howls. It’s the heaviest track Biffy Clyro have released in quite some time, and it sounds like a complete return to form. The country-tinged Small Wishes follows, marking the biggest contrast on the whole record by means of lilting acoustic guitars, xylophones and Neil’s serene vocal tone.

Penultimate track Howl builds up suspense from the word go, with handclaps and stadium rock guitar strums accompanying Neil’s acknowledgements towards past life endeavours. “I’m explosive and volatile” he declares, before claiming that he’ll “never learn”. It’s an uplifting cut held together by all the elements that make a Biffy Clyro track great: victorious vocals, simple yet powerful instrumentation and a cataclysmically chanted finale. Ellipsis comes to a close on People, which is kicked off by a demure set of horns and Neil’s fragile vocals over an acoustic guitar. “Why do we plead in protest?” asks the frontman as the track kicks into shape by means of pulsating percussion and swooshing synths. It’s not a big finish; rather, it’s a well thought out and serene finale to a record which could’ve gone in any direction. Ellipsis is an indicator that something is to be continued, and that’s a prospect which Biffy Clyro have certainly offered up on their seventh studio album. The record offers something for everyone, whether it be in-your-face rock (Wolves of Winter, On a Bang) or lilting acoustic-based balladry (Medicine, Small Wishes). Simon Neil may have been victim of a personal breakdown, but he’s managed to get through it and, together with the Johnston’s, produce their slickest and most grounded record to date.

Ellipsis is out now; stream it below. You can catch Biffy Clyro at Lowlands in August, before they headline Reading & Leeds a week later.