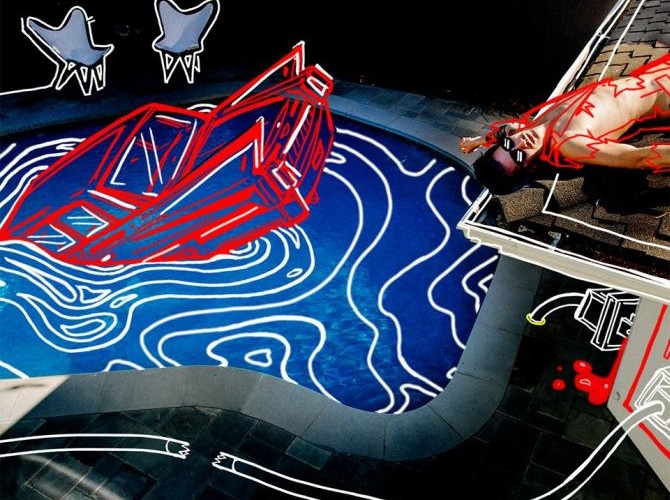 Album Review: Panic! at the Disco – Death of a Bachelor

You’ve got to hand it to Panic! at the Disco frontman Brendon Urie, he definitely knows how to keep reinventing himself. What started 12 years ago in the Nevada desert as a four-piece rock project has now descended into a one-man band featuring Urie as the sole member. Despite this, though, he hasn’t given up; rather, he’s taken it in his stride and once again changed up the ever evolving sound of Panic! at the Disco. On new album Death of a Bachelor, Urie has taken up drums as he ends up playing virtually every single instrument on the record. There are still hints of the classic P!ATD which grew to prominence all those years ago, yet they seem almost left behind at times.

Opening on Victorious’ cheerleader chanting, it’s instantly clear that Urie is on a winning streak. Ascending melody lines and Urie’s classic falsetto vocal tone hit you in the face from the off, with a sly reference to Queen passing by in the first verse (“let me be your killer king”). Victorious struts along with a sense of swagger which immediately lets everyone know that Panic! at the Disco still stand tall, even if there’s just one of them left. Don’t Threaten Me With a Good Time sounds similar to Fall Out Boy’s newer output, although there’s still one element which sets it apart – Urie’s grandiose wit. Whether it be the lyrical content or orchestral flourishes here and there, you can’t deny not knowing or enjoying what you hear. Although both opening tracks sound promising, it isn’t until Hallelujah that Death of a Bachelor really comes to life. An RnB strut and vibrant brass melodies form the forefront of the track as Urie declares, “a moment you’ll never remember and a night you’ll never forget”. The chorus is an instant mood lifter complete with faux-gospel choirs, before the verses are underpinned by simple percussive strands and ambient drone sounds. “All you sinners stand up, sing hallelujah” sings Urie, almost as if he’s asking for some kind of redemption in his own shielded manner. Recent smash track Emperor’s New Clothes further cements the fact that P!ATD have made the transition to pop, although for some reason this still isn’t too much of an issue. Eerie backing vocals and a hauntingly huge chorus intertwine with one another as a cacophony of vocal effects and brass stabs appear throughout. The lyrics, just like with most songs on this album, are all as powerful as the next one, meaning that you really do have to listen to Death of a Bachelor multiple times in order to appreciate all the different elements at once.

Title track Death of a Bachelor sounds like a modern day take on the classic 1960s ballad, its finger-snapping percussion and string/brass combination evoking black & white movies and the image of Urie dressed sharply with a long cigar in his mouth. “Alone at a table for two, and I just wanna be served” sings Urie, his vocal delivery sounding demure and (to an extent) upset. Is Urie the metaphorical bachelor about to die? Who knows! Crazy=Genius sounds like a logical continuation of the title track, speeding the pace up and making use of showtune-esque elements. Urie namechecks The Beach Boys’ Brian Wilson before calling himself a “fucking arsonist”. It’s the kind of song which you’d associate with a movie like The Great Gatsby, even if the slightly rockier guitars give it a modern twist. LA Devotee, one of five pre-released songs, is an energetic radio FM anthem which sounds almost like a hypothetical soundtrack to the world of fame and fortune which surrounded P!ATD’s beginnings in Las Vegas. “Just another LA devotee” declared Urie, before a slower breakdown emphasizes hints of funk-laden bass and Vocoder-based vocal effects. It leads into a final euphoric rendition of the chorus, which progresses into the intriguing Golden Days. It’s one of the weaker songs on Death of Bachelor, sounding rather recycled and formulated. The chorus is still a powerful one, though.

The Good, the Bad and the Dirty is another slow-burning track, making use of weird sound effects in the background as a fuzzy percussive note and lilting synths form its backbone. The chorus bears chanted elements alongside a faint whistled melody, with it being sandwiched between slower verses. Penultimate album track House of Memories (featuring the relatively unknown Dylan Schwab) sees Urie ask, “Is this taboo?” before a slow progression makes way a huge chorus. The track bears darker undertones in comparison to the rest of the record, making way perfectly for album closer Impossible Year. Opening on a demure piano line (which is accompanied by woodwind), Urie sings of “no sunshine” during the impossible year. It’s a downbeat track which ultimately lifts spirit as it progresses. Urie’s falsetto makes another appearance as he holds a few long notes, before a brass section help play the track out in serene fashion. As you lose yourself in Impossible Year’s final moments, one thing is becoming ever clearer – Panic! at the Disco are no longer the band that everyone grew to love. Instead, Urie has taken everything which was at the core of the band and transposed it into something completely different.

Death of a Bachelor is out now. Stream it below.