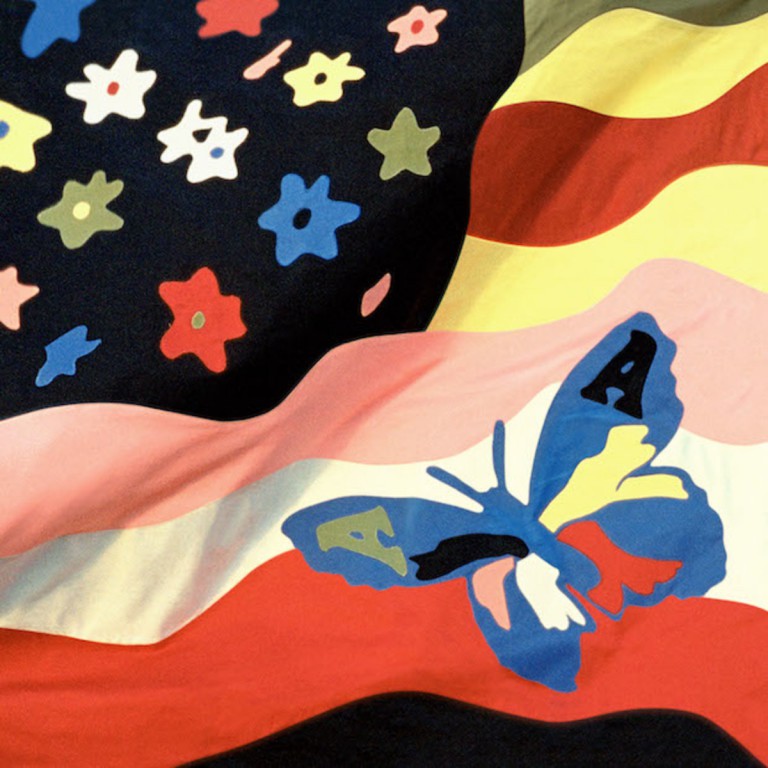 Reinvention can be a hard concept to grasp, especially when it takes you the best part of 16 years to get right. The Avalanches last released an album in 2000, when Since I Left You graced airwaves the world over with its eclectic mix of sample-centric disco, funk and hip-hop. The freaky Australian DJ crew have since battled illness, perfectionism and the tough clearing of samples in a bid to reinvent themselves on sophomore album Wildflower, which came out today (8 July).

The record opens on the fifteen second-long The Leaves Were Falling, its soundscape consisting of the hustle and bustle of city life as a ragged electric guitar jangles in the background. Album opener proper Because I’m Me picks up straight where the band left off sixteen years ago with vintage brass samples and a little bit of Honey Cone’s Want Ads. “I’m just gonna put on my best pair of shoes” sing Honey Cone before the track kicks into shape by means of a Camp Lo rap segment. It’s a welcomed return to form, incorporating The Avalanches’ newfound use of guest vocalists alongside their trademark samples. Comeback track Frankie Sinatra subsequently dips back in time to sample The Sound of Music’s My Favourite Things alongside Danny Brown’s manic-sounding raps. An oom-pah brass segment underpins proceedings as Brown namechecks marijuana, vodka and Vicodin, sounding almost desperate in his delivery. It’s not something you’d initially come to expect from The Avalanches (the inclusion of a guest vocalist is enough of a curveball as it is), but it still sounds like something which Robbie Chater, James Dela Cruz and Tony Di Blasi would pull out of their samples-infested bag; a bag which reportedly has some 20,000 samples in it. Recent single Subways marks a step back in time to Avalanches circa-2000, utilizing smooth 80s disco rhythms and sampled children choirs for what sounds like the first big banger of the record. There’s even a brief Sister Sledge sample in there too, albeit only if you listen very carefully in and amongst the mish-mash of sounds which Chater, Cruz and Di Blasi have messed around with. The track segues seamlessly into Going Home, which takes the old-school elements of Subways and modernizes them to suit The Avalanches’ constantly changing sonic palette. “Dance the pain away” declares a child’s voice on the track, before it comes to a messy end. Toro Y Moi features on If I Was a Folkstar, a track which samples everyday hustle and bustle alongside a swirling melody and Toro’s hazy vocals. “Don’t make me close my eyes” he pleads at one point, with the underlying musical accompaniment sounding like a smooth jam suited to cruising on a yacht in the Atlantic. The melody-centric Colours follows, featuring a hypnotic Jonathan Donahue (Mercury Rev) on vocals. It makes way for the cataclysmic Zap! and oddball The Noisy Eater, which samples playful kazoo noises and children’s television shows. Biz Markie’s rap contribution sounds almost comical, bearing resemblance to Gorillaz’s Superfast Jellyfish in more ways than one. Title track Wildflower picks up where The Noisy Eater left off, sampling cereal commercials and introducing a psychedelic melody to proceedings. At an hour in length, Wildflower is an ambitiously long record with a lot to say for itself. Ten tracks in, and it looks like the Melbourne trio are nowhere near finished in making up for the sixteen year wait fans the world over had to endure. The gospel-tinged Harmony adds some emotional intensity to proceedings, sounding like an empowering salvo of glorious gospel choir segments and chopped up flute melodies. It makes way for Live a Lifetime Love’s harder hip-hop, something which is emphasized by its bombastic intro and sharp rapped verses. Minute-long interlude Park Music is another curveball, encompassing jangly bluegrass guitar lines and effects-laden vocals as it samples dialogue from the film American Juggalo. The inclusion of bongo’s and other percussive instruments gives the track a worldly feel, relating back to former member Darren Seltmann’s claim that the album would be “ambient world music”. Seltmann is long gone now, but his point still stands. Livin’ Underwater (Is Somethin’ Wild) marks a slight dip in the record, much due to its slower pace and laid-back samples, with The Wozard of Iz picking up the pace again. When you follow up a weaker track with something as powerful as The Wozard of Iz, it becomes extremely evident that The Avalanches rely heavily on strong, pulsating basslines.

The beach-y interlude Over the Turnstiles makes way for Sunshine’s serene melodies, a track which bears some brief similarities to 2000 breakthrough track Since I Left You whilst sampling The Fuzz’s Leave it All Behind Me. Light Up samples The Five Stairstep’s World of Fantasy, leading straight into Kaleidoscopic Lovers’ Animal Collective-esque construction. Penultimate track Stepkids draws from Lou Barlow’s Raise the Bells, pulling its piano line apart and adding hints of acoustic guitar and warbled vocals courtesy of Jennifer Herrema. It’s a slow-burner, Stepkids, but once it hits you, you really feel it. Album closer Saturday Night Inside Out features backing vocals from Father John Misty alongside an appearance by poet David Berman. Their collective influence on the funk-infused album finale enables the record to come to a close which sounds oh so typical of The Avalanches trademark sonic endeavours. There’s so much going on throughout Wildflower that it’s impossible to mention even half of it. With every listen of the record, you’re bound to discover new samples and hidden layers which you never knew existed, such as children’s choir renditions of Beatles tracks, Bee Gees fan favourites or little hints of a Queens of the Stone Age classic. This is exactly what makes the trio so special, because there really is no-one out there who even slightly resembles their sound. Sure, they’ve now added live vocals to some tracks, but the pure essence of what The Avalanches are all about is still well and truly alive. Welcome back, guys.

Wildflower is out now. Stream it below.