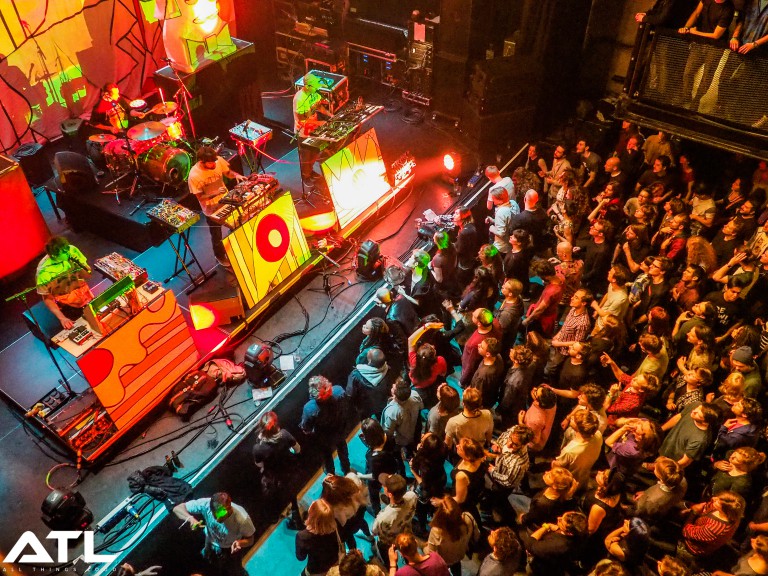 Rewire Festival is spread out across the centre of Den Haag, with the main focus point being its biggest venue – the Paard van Troje. Check out our photo report of shows from Anna Meredith, Battles and Animal Collective below.