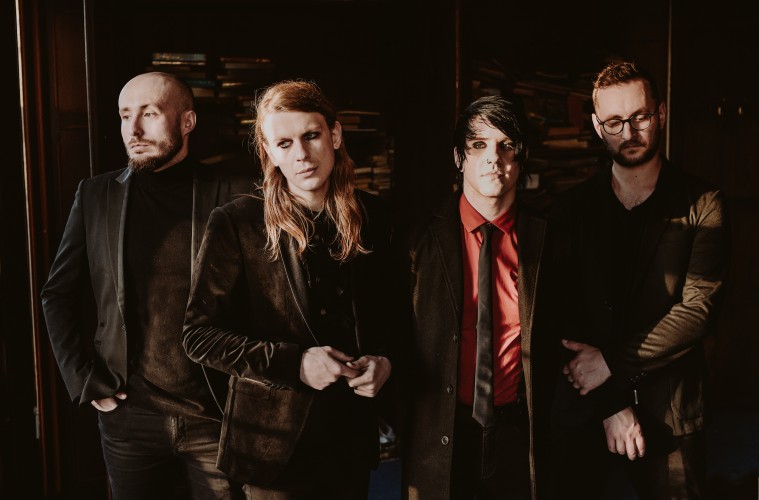 As It Is Announce New Album, The Great Depression

As It Is have announced details of their dark and brooding new album, The Great Depression.

The follow-up to last year’s okay. – due 10 August via Fearless – sees Patty Walters and co. entirely ditch their happy-go-lucky pop punk image in favour of a grim, eyeshadow-laden look. This fits in with the record’s overarching topic of tackling mental health and everything which associates itself with it.

The album is divided into four acts, and features a collaboration with Underøath’s Aaron Gillespie. Check out the tracklist and artwork below. The band have approached the album and its concept with greats sensitivity, which Walters explained: “The Great Depression is about the societal romanticisation of depression, the disrepair of present-day human connection, told through the story of a man who finds himself face-to-face with Death. This album is about asking questions rather than offering answers, exploring the lines where consolation and glorification collide, and asking if art is too subjective to offer a universal solution.”

Further discussing the record, Walters added: “We’ve approached this subject with the tremendous respect and sensitivity it warrants. Mental health awareness and prioritisation has always been immensely important to us, and we want to use this platform for good and to challenge problematic behaviours and stigmas.  More so than ever before, we’ll be working alongside incredible non-profits, donating proceeds to worthy causes, and using our music in hopes of creating a positive change.”

All of this is accompanied by lead single The Wounded World, a track which Walters has described as “a commentary on the polarised and volatile modern reality, which we’ve allowed.” Check it out below, and pre-order your copy of The Great Depression here.