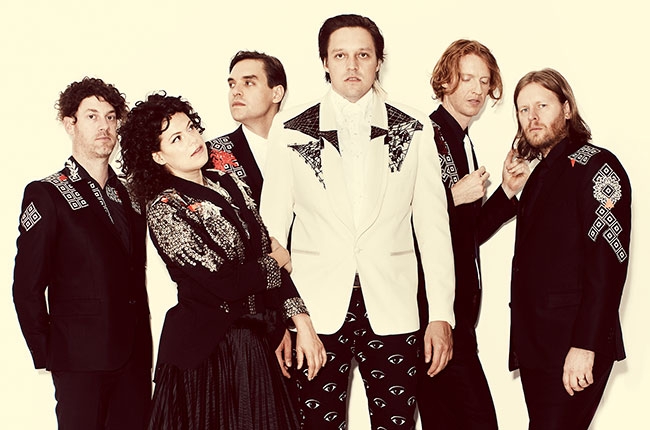 The band, whose most recent record Reflektor came out in 2013, performed in front of a small crowd of Halloween outfit-clad fans ahead of tonight’s set at Voodoo Fest.

Visitors had their phones confiscated upon arrival at the city’s Secondline Stages, meaning that no footage has been published. One fan has described the new music though, stating that it was very much “beat driven” with hints of disco laced throughout. Lyrical content said to cover important topics, religion amongst them.

Read a full description of the night, courtesy of Nola.com, here.

Arcade Fire look set to release a new album in 2017. Watch the video for Reflektor below.