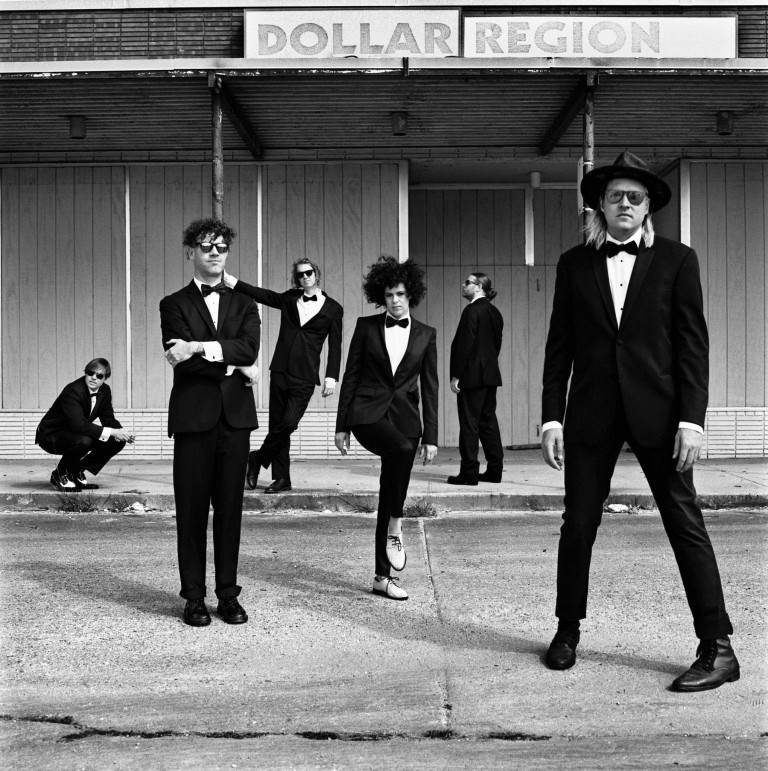 The Win Butler and Regine Chassagne-fronted collective today shared a brand new promo image (above) alongside a new logo, both of which signify that their fifth album campaign is underway in a fashion more explicit than mysterious predecessor Reflektor. Check out the logo below. The band have also confirmed a whole host of European headline sets. Find all new dates below.

More dates are set to be announced in due course. Stream the band’s new anti-Trump track, I Give You Power, below.