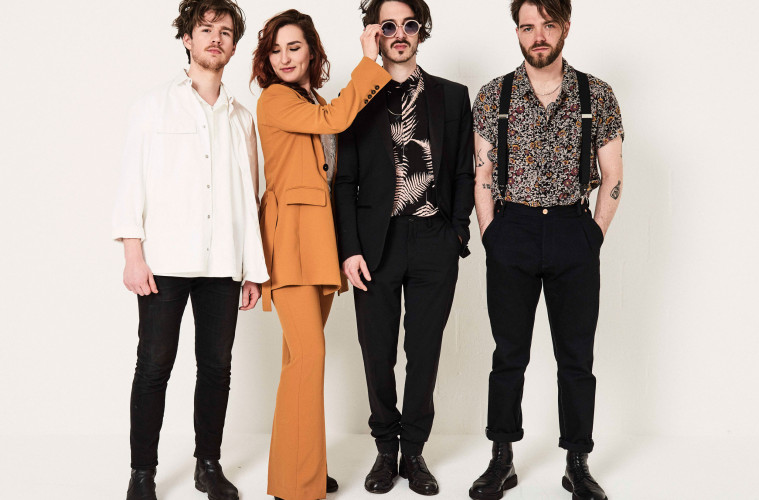 Around the Bend with Indian Askin

They say that some things change over time, but if you ask Indian Askin frontman Chino Ayala to write two albums three years apart, then don’t be surprised if the subject matter remains pretty much identical. Both alcoholism and depression are pertinent to Ayala’s work as a lyricist, forming the backbone of his band’s first two studio albums, the second of which – Another Round – comes out tomorrow. It’s the follow-up to 2016’s acclaimed debut Sea of Ethanol, and it finds Ayala in a reflective state of mind as he ponders the state of his life. Jack Parker called up Ayala on the eve of its release.

Hey Chino. How are you?
Good, good.

There’s one day left until your new album, Another Round, comes out. How does it feel?
I’m pretty excited! The rehearsals went good; I invited a lot of friends so I’m looking forward to our party tomorrow. It almost feels like a birthday!

It’s been almost three years since Sea of Ethanol came out. Talk me through everything that’s happened in the time since then, what’s new in the world of Indian Askin?
For the first record we toured a lot back in 2016, so we have a lot of road experience with one another. We then recorded Another Round together, whereas on the first one I did everything myself together with our producer. It was pretty exciting to do this as the four of us instead of just myself. Our drummer (Ferry Kunst) even bought the bar where we always drink, Café de Koe near the Leidseplein.

You mention a shift in recording software (to Ableton) used on the new record. How much of an impact did this actually have on the album as a whole from a technical point of view, if any at all? Or was it just a case of same approach, different screen?
Yeah, with Ableton you can make live music as well. If you just jam in Ableton you can make a whole song out of it, so the process was way faster. We had more mics too! On the first album I had one crappy mic, and now we have five decent ones. Haha!

All four band members played on this record, as opposed to just you. What did this do to the studio dynamic compared with Sea of Ethanol? Or What did everyone bring to the table?
The process was essentially the same, to be honest. We weren’t together in the same room during it; I recorded a demo with someone on a different instrument every day, for example I’d do drums on one day and then keys the next day. Sometimes I also did more than one instrument on the same day. In a way I was producing the rest of the band, and then we would send mp3’s to each other.

So more of an isolated process still?
Yeah, but they did all have their own ideas and their say. They added things to my demos which was super nice, because by myself I used to get stuck. Then I also got stuck with a producer, haha. Now there were three more people and it felt like more of a team effort. They’re all fucking good musicians.

The chorus on Wheels sounds like a metaphor for alcoholism. Is that right?
Yeah, yeah. It’s all about what you hear in the intro, that you’re at a bar minding your own business when that friend comes in. It’s about not wanting to drink but then knowing it’s gonna be an all-nighter when that friend shows up. You’re like, “I’m done with that, I wanna go home”, but then that happens.

Do they know this song is about them?
Everybody has that friend, but I have one in mind and he’s Irish. I saw him two nights ago and explained that the song was about him, but he said he already knew that. Haha.

Just like on Sea of Ethanol, you’e taken on topics which touch on the overtly personal, like depression. Do you see this as a form of external therapy, or do you intend to shine a light instead?
I think it’s like external therapy, yeah, it works. Whenever I feel something that’s heavy it helps to just write it down in a journal. When I was with my producer and we needed lyrics I knew exactly where to go to get what I needed, and for some songs it worked. It’s not that I want to pay attention to it, but that it might help someone else. I don’t want to lie when I’m making music, so when I sing something it must be truthful. It’s easier to write about how I feel about something or someone than to make up a story. 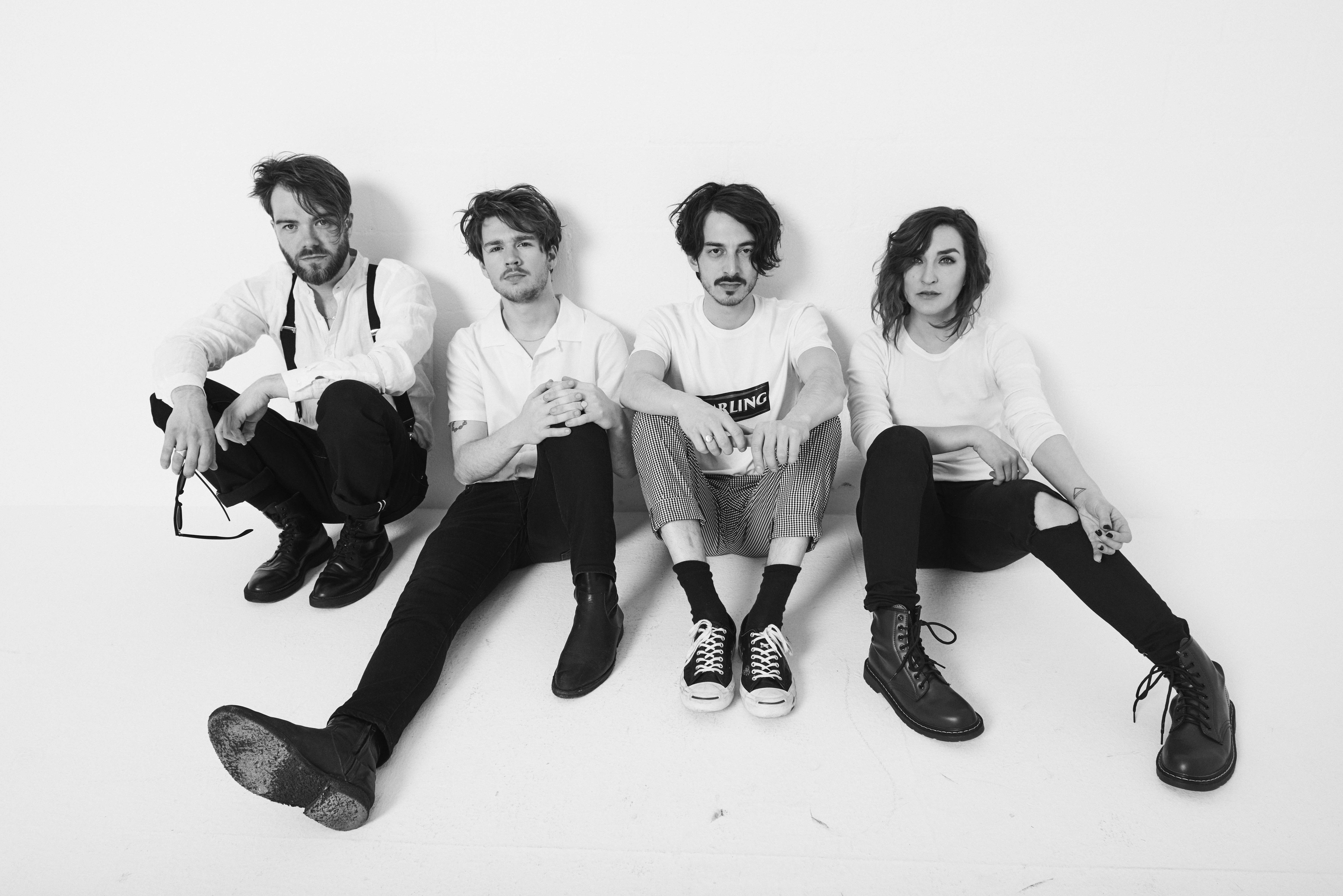 You put out some B sides in December. Was there a lot of music which didn’t make it?
A lot, yeah. That’s why there’s a song on the album called Beat 74. On the first record I had so many songs spread across my computer and hard drive that it was total chaos, but now I was numbering the beats as they came. We went all the way to 80 I think, and so all the working titles were “Beat…”.

Do you plan on doing anything with the additional songs in the future?
We’re definitely planning on doing more with some of the songs. We want to put out more music at a faster rate than last time, because that was three years. We have twelve tracks in a folder which we want to release soon; they were good songs but they just didn’t fit in on Another Round. Some of these songs are about other topics, so we might do a concept EP with them. There’s also a song called Relapse, but maybe that should be on the third record.

In the build-up to Another Round you also stopped off in Groningen for Eurosonic Noorderslag. How’d it go?
Nice, it was really nice. We didn’t play that many shows in 2018 so we were fucking excited to play, and it went good. We partied very hard on the first night we were there, because we had to make up for not being there the whole week. I think we only slept for like three hours on our boat hotel, so it was nice to be on the road again. *sings On the Road Again*

There’s a small club tour set for February. Is there a desire to take these songs into bigger venues or do you prefer the intimate aspect of performing?
We want to, but for this tour we’re just doing try out shows to see if people are interested in seeing us live. It’s been a while. There are some festivals coming up too! Something bigger will also happen, probably another tour at the end of the year. We’re also talking to some people from other countries who became interested in us after Eurosonic.

I just want to talk to you about the Dutch music industry at the moment. It’s obviously a very small, tight-knit community. Do you think this poses a risk to bands like yourselves when it comes to breaking through in other countries? Like a safety net of sorts.
You can always play here in Holland no matter what, so yeah. We’re always all playing in the same venues, and you always meet other bands on the road and at gas stations. It feels a bit like a safety net, yeah. Another Round comes out tomorrow (25 January) via Warner. Catch them on tour at the below dates.