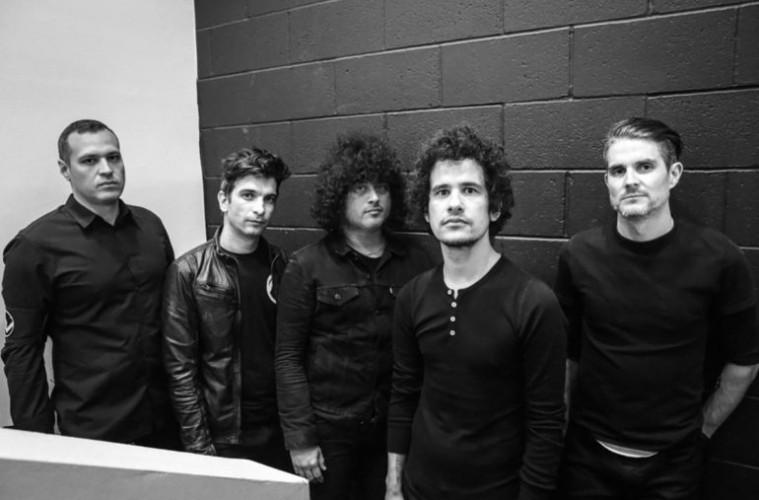 At the Drive-In Announce First Album in 17 Years

Alt-punkers At the Drive-In have announced details of their first studio album in 17 years.

in • ter a • li • a comes out on 5 May through Rise Records, and its announcement has been accompanied by new track Incurably Innocent, which you can check out below.

Pitting spacey phaser and thrash-y riffing against a sidewinder hook and siren wail, “Incurably Innocent,” described by vocalist Cedric Bixler-Zavala as “a song about sexual abuse and being able to finally speak out,” reveals additional facets of the kaleidoscopic in • ter a • li • a (Latin for “among other things”). Produced by Omar Rodriguez-Lopez and Rich Costey at Hollywood’s Sound Factory, the 11-song 41-minute in • ter a • li • a picks up where 2000’s Relationship of Command left off… and rockets off into myriad other trajectories as unpredictable as they are intense

You can find the tracklisting and artwork for in • ter a • li • a below.

NO WOLF LIKE THE PRESENT
CONTINUUM
TILTING AT THE UNIVENDOR
GOVERNED BY CONTAGIONS
PENDULUM IN A PEASANT DRESS
INCURABLY INNOCENT
CALL BROKEN ARROW
HOLTZCLAW
TORRENTIALLY CUTSHAW
GHOST-TAPE NO.9
HOSTAGE STAMPS