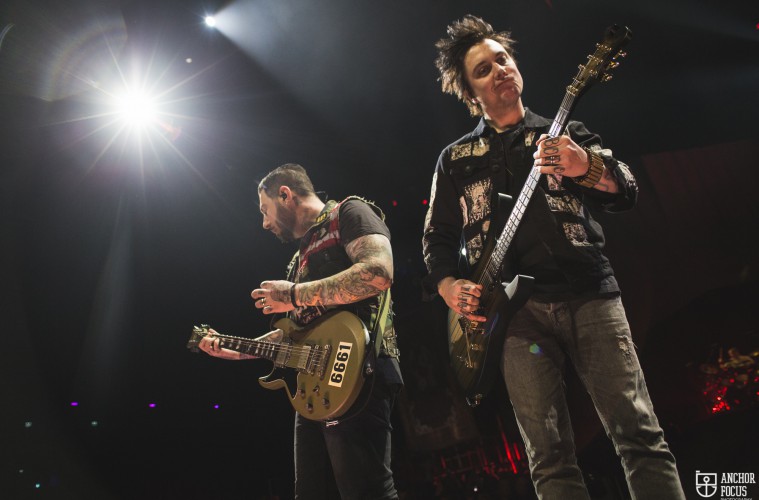 When Avenged Sevenfold first revealed the plans surrounding the live show for new record The Stage, many wondered if they would genuinely be able to pull it off.

The set-up, brought to you by the people behind Cirque du Soleil, sees the M Shadows-fronted outfit surrounded by spacemen, fire, tower-like video screens and a catwalk which brings them right into the midst of their manic fans. It’s a spectacle for all involved, from the inner depths of Avenged’s crew all the way through to the back row of each arena this production conquers. We sent Natasja de Vries down to check things out when the band rolled into Amsterdam’s Ziggo Dome last night. Find a gallery from the show below. The Stage is out now.