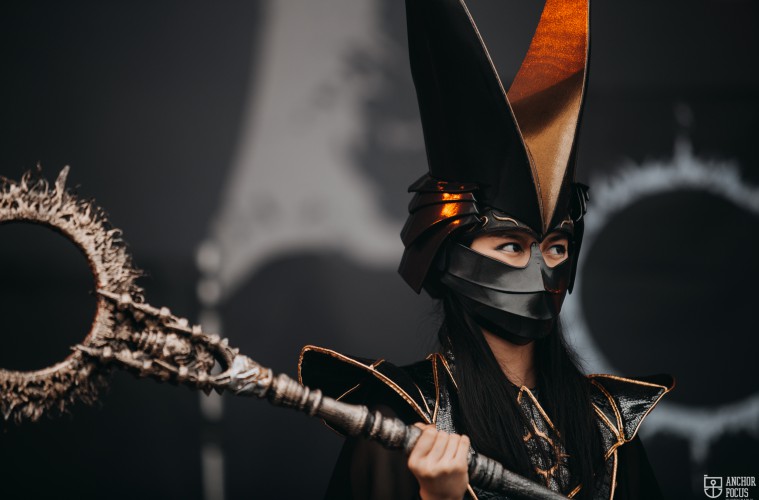 BABYMETAL have long been one of the most intriguing and exciting artists to come out of Japan, blending conceptual mystique with a solid blend of hard rock and J-Pop. A combination which makes little sense on paper, but – as has been long proven – comes to life in reality. New album Metal Galaxy is out now, and the band set some time aside to answer questions about it.

Your new album Metal Galaxy is out now. Tell us about the story behind this album and how it came to be.
In METAL GALAXY, sound-wise we didn’t want to limit it to just metal but also wanted to explore different genres and widen the range of our music. All of the songs on the album are different, similar to the multitude of stars in the galaxy. METAL GALAXY depicts this entire scene. The overall idea of the album METAL GALAXY is that BABYMETAL are traveling on a spaceship to the metal galaxies.

The album features collaborations with members of Sabaton, Arch Enemy and Polyphia. How did these come about and what does each collaborator bring to the Babymetal universe?
Songs that are included in new album have dynamic. It was like filling last piece of puzzle. The guest musicians are necessary to get the right sound to each song. We appreciate all of them for their great contribution on the new album.

You worked with Kobametal once again as producer on this record. How has your relationship with him progressed as the band’s notoriety increased? Did this have any impact on the way you approached new music?
BABYMETAL’s project has a theme of METAL RESISTANCE. The resistance is against the existing norm of metal and pop music. The group name means birth of new metal. Hence, BABYMETAL keep trying new sounds which exceed the norm that BABYMETAL have built up for many years.

How does Metal Galaxy slot into the overarching concepts and worlds that Babymetal have presented in previous years?
BABYMETAL has toured outside Japan for many years. Throughout this journey, BABYMETAL met different cultures and music. We mixed the metal sound that BABYMETAL has built with the music we’ve encountered, plus new music which BABYMETAL will meet in the future. This widened BABYMETAL’s sound.

And how does it set you up for the future of Babymetal? Both musically and conceptually.
As mentioned earlier, BABYMETAL means the birth of new metal. BABYMETAL keeps creating new sound that defy boundaries of established style. We appreciate the meaning of the group name and continue to make new metal. Hopefully we can create the future of metal.

What plans do you have for the live shows you’ll play in support of Metal Galaxy? Anything special up your sleeves?
After the US tour that started in this September we’ll continue our journey of the metal galaxies in Asia and Europe. Please be ready to head bang. Listen to Metal Galaxy below.