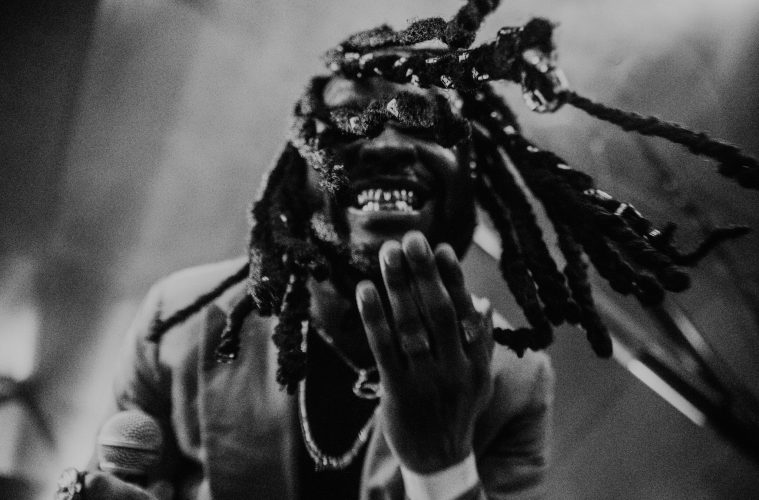 Festival season is back, and it’s like it never went away. Once again, the animals have been put into tiny cages (I assume) and Beekse Bergen welcomes back Best Kept Secret. The big post-COVID return. In some ways, nothing has changed. The familiar stage one and two, the great smells from the food boulevard, the lake enticing you to go for a swim. In others it really has. A new entrance to the festival site which makes the walk feel shorter and more welcoming, bankruptingly expensive food prices, fewer stages.

With Faye Webster as an unfortunate late cancellation, it’s up to Altin Gün to get the festival going and that’s just what they do. Their spacey psych revivalism grooves hypnotise you into a trance like state as the crowd gets into it more and more with each song. It’s the perfect afternoon opener to get things going. Their set interspersed new tracks from their forthcoming album interspersed with favourites like Goca Dünya and Yüce Dağ Başında everything landing well with a welcoming crowd. Looking for a bit more energy next, it was up to Iceage to take things up to another level. Dressed like a bunch of 90s lad rock throwbacks, their image better suits the style of their latest album Seek Shelter than their thrashier earlier material. However, it’s amazing how similar the material sounds when played side by side in the same set. The differences in sound which seemed more seismic on recording are more organic on stage. It all feels right, it all feels powerful, and the crowd were manic by the time they closed with a devastating rendition of Catch It.

Next up on the same stage was the unquestionable highlight of the day, Genesis Owusu. The positive reviews and word-of-mouth hype around him has kept growing since his Triple J album-of-the-year winning Smiling With No Teeth. Bursting on an empty stage, his three hooded dancers carry a sign saying “Beware: Black Dog“, before Genesis himself bursts on stage with his dreadlocks flailing wearing a red suit with his chest bare underneath. It comes as no surprise that he opens with the devastating The Other Black Dog which gets the crowd to take notice right from the beginning. As the set progresses, with numerous tracks from his album getting the live-hype treatment, the crowd reaction builds to the point where you’d swear everyone knew him well before the set began. He even gets a crowd singalong of Don’t Need You going with most of the audience getting the lyrics slightly wrong, but singing with the conviction as though it was their favourite song of all time. By the end of the set, the tent was buzzing and with any luck this hype will swell to give Genesis the publicity he deserves. Don’t sleep on this one. Walking back to the second stage past Leon Bridges felt jarring after the previous set. Going from that intense energy to middle-aged smooth jazz vibes was not the trajectory this day needed. What it really needed was Jessie Ware to keep things going as the token-pop-act booking for this year. Her set was mesmerising, and the crowd ate it up. The pace never dropped throughout, with people still dancing hard through Wildest Moments and singing along when asked. The dancers and backing gave it their all, and the good chemistry between them all was contagious.

The crowd at Stage ONE was huge for Alt-J‘s headline set and for good reason. It’s mind-blowing the sound that they make considering they’re just a three-piece, and while for many the debut album will always be the one that they hold dearest, the set shows that there’s still so much more to them to enjoy. The screens and lighting show little of the band, focusing more on visuals as the band focus on the intricate musical play. Gus Unger-Hamilton did the between song thank yous, sounding and looking a bit like a branch manager of a bank in Surrey; his talents betray his looks. The latter half of the set is interspersed with the biggest debut album hits from Alt-J, but it’s Left Hand Free that closes out the set with its bluesy rock getting the crowd going. It’s up to Jamie XX to finish off the day, darkly silhouetted on the stage as he plays through a DJ set being received so well by those looking for one last big one to close out the day. There are always worries after a few years away that the same magic can be achieved with a long-running festival, but on this day’s standards, it’s clear that things are back just the way they’re meant to be.