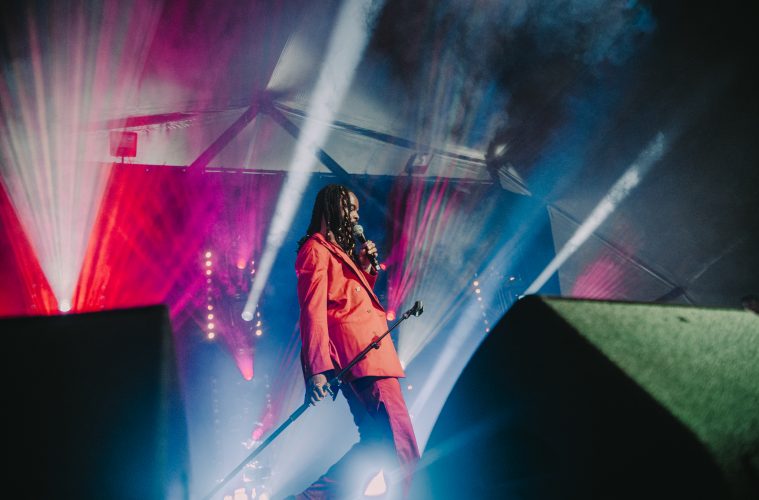 It may have been eight hot days since Best Kept Secret‘s return to Hilvarenbeek concluded, but we haven’t stopped revelling in the enjoyment of this year’s smashing edition. Today we take one last look at it by way of a wonderful list. Here are the ten performances which we believe stood out head and shoulders above te rest in the Beekse Bergen last week.

In reviewing the set, Steven Morgan writes: “Looking for a bit more energy next, it was up to Iceage to take things up to another level. Dressed like a bunch of 90s lad rock throwbacks, their image better suits the style of their latest album Seek Shelter than their thrashier earlier material. However, it’s amazing how similar the material sounds when played side by side in the same set. The differences in sound which seemed more seismic on recording are more organic on stage. It all feels right, it all feels powerful, and the crowd were manic by the time they closed with a devastating rendition of Catch It.“

“Australian hellraisers King Gizzard & the Lizard Wizard finally received a promotion to the main stage for a 75-minute which drew on all aspects of their broad discography. Metal? Check. Microtones? Check. Drawn out garage rock and out of this world prog? Triple check. Highlight Straws in the Wind saw keyboardist Ambrose Kenny-Smith command the stage like the true born frontman that he is, with band leader Stu Mackenzie using the extended jam in the middle of The Dripping Tap to crowdsurf into the big lake and go for a swim. It felt like a victory lap of sorts, and it won’t be long before even sub-headlining on stage ONE will be too big for this band. Future headliners? Yes, but not now.” – Jack Parker

“Next it’s up to Fontaines D.C. riding on a wave of three back-to-back killer albums seeing them taking things to the next level with such a prestigious slot. With reports of an incident with the guitarist walking off after 3 songs in their festival set in Switzerland the day before, there are concerns that they could once again be at the breaking point they faced when over-touring Dogrel years ago. None of this shows in their performance though, where the band all play with an intensity and unity that makes the songs sound even more massive than they do on their recordings. It’s rare that a band’s newest material connects so much so soon after its release, but hearing songs like Jackie Down The Line sound just as satisfyingly intense as earlier album tracks like Too Real and Televised Mind. A torrent of googly-eyed ballons was unleashed on the crowd before the former, an unexpectedly light-hearted moment for a band so serious in their identity and image. It’s amazing hearing how many highlights they’ve created across just three albums, and you wonder what the limit is for a band like this who is on absolute top form.” – Steven Morgan

“The positive reviews and word-of-mouth hype around Genesis Owusu have kept growing since his Triple J album-of-the-year winning Smiling With No Teeth. Bursting on an empty stage, his three hooded dancers carry a sign saying “Beware: Black Dog“, before Genesis himself bursts on stage with his dreadlocks flailing wearing a red suit with his chest bare underneath. It comes as no surprise that he opens with the devastating The Other Black Dog which gets the crowd to take notice right from the beginning. As the set progresses, with numerous tracks from his album getting the live-hype treatment, the crowd reaction builds to the point where you’d swear everyone knew him well before the set began. He even gets a crowd singalong of Don’t Need You going with most of the audience getting the lyrics slightly wrong, but singing with the conviction as though it was their favourite song of all time. By the end of the set, the tent was buzzing and with any luck this hype will swell to give Genesis the publicity he deserves. Don’t sleep on this one.” – Steven Morgan