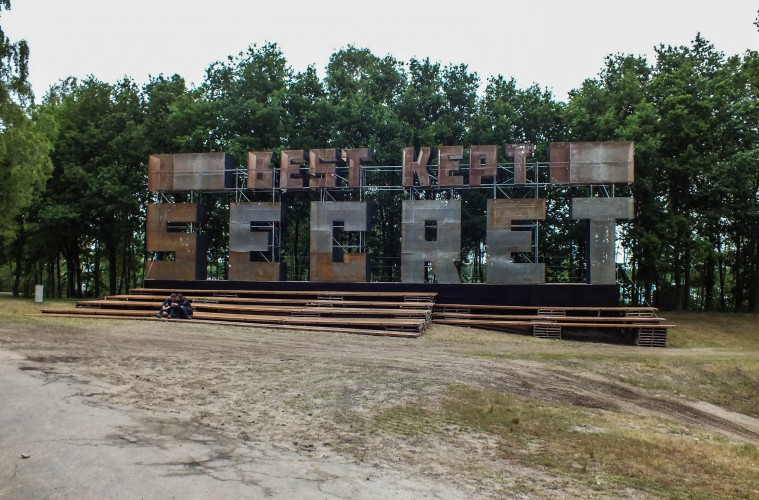 For the fourth consecutive year, Hilvarenbeek will be occupied by some 15,000 festivalgoers for the annual Best Kept Secret. Taking place on the grounds of Beekse Bergen Safari Park, the festival is one of Holland’s most charming and picturesque weekenders. Previous editions have seen the likes of Arctic Monkeys, Franz Ferdinand and Noel Gallagher headline, with 2016’s edition also not short of its big names. Editors, Beck and Jamie XX will top the bill this year alongside an eclectic mix of national and international acts. We scoured through the bulk of the line-up this year and have rounded up five non-headline acts we think are worth checking out in Hilvarenbeek this year.

DIIV
Psych slackers DIIV have got a lot to say for themselves. Frontman Cole Smith has a notorious reputation for cancelling gigs and not showing up, despite his band having overcome various struggles to release one of 2016’s finest records: Is the Is Are. Its hour-long running length features a collaboration with Sky Ferreira alongside a boatload of summery dream pop and slacker-infused grunge. Their set at Best Kept Secret will likely feature a packed crowd, plenty of anthems and enough evaporating weed smoke to cater for 15,000 people. Be there. BEATY HEART
Poppy London outfit Beaty Heart are back on form, with new album Till the Tomb set to be released later this year. To accompany it, the three-piece will be touring across the UK and mainland Europe relentlessly, with an intimate set at Best Kept Secret on the cards. The band, who have supported Jungle in the past, incorporate everything from summery, Jamaican-tinged reggae to electro pop into their eclectic tracks, making them one of the few acts in Hilvarenbeek this year worth ‘getting down’ to. FAT WHITE FAMILY
Right. Chaos? Check. Revelry? Check. Flailing limbs? Check. The notorious Fat White Family are heading down to Beekse Bergen this summer to deliver everyone within a 10km radius of the festival’s beach-centric grounds an absolute sonic bollocking. New album Songs For Our Mothers features shout-outs to Harold Shipman and Joseph Goebbels, with Lias Saudi and co. also not holding back whatsoever on a musical front. The grisly Whitest Boy on the Beach and melanchoc-slash-disturbing Hits Hits Hits are able to put even the strongest man in a trance, before setting them to work inside a chaotic pit of flying punches and mechanical limbs. Don’t miss out. BLOSSOMS
If you haven’t heard of Blossoms, then prepare for that to change. The Stockport outfit are on the verge of breaking through, having already seen their psych-laden lad rock embraced by entertainment media the world over, most notoriously in their home country. Best Kept Secret will be one of their biggest European shows to date, and it’s bound to prove to everyone why Blossoms are the next big thing. They haven’t been hailed as a festival headliner of the future for nothing, and all you need to do is listen to hit track Charlemagne to find out why. Don’t miss their set, because it may well be an “I was there”-moment. GLASS ANIMALS
Glass Animals have had a pretty successful couple of years on Dutch soil. Their progression from underground electro pop band to behemoths of the stage hasn’t gone unnoticed, even if the quartet only have one record to their name so far (2014’s ZABA). Its sparse electro pop underpins Dave Bayley’s serene vocal tone, one which lends itself to hip hop undertones and lilting guitar lines. Last year’s well-received set at Down the Rabbit Hole was their first foot in the door, with Best Kept Secret set to fully welcome them into the top tier of indietronica acts on the scene today.