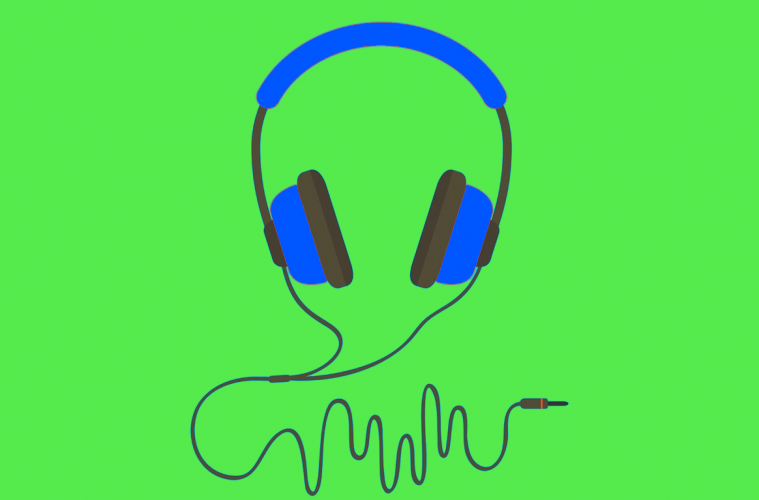 The Best Music-Based Podcasts Around

Have you ever listened to a podcast? While there are thousands upon thousands of podcasts out there, there are many people who haven’t heard a single one and even more who aren’t even that sure what exactly they are. Maybe you’re one of them. If so, let us help you. Podcasts are basically radio shows. Downloadable radio shows. The only difference is that rather than just turning the radio on, you download specific episodes to listen to whenever you want. By using an app or website specifically designed to track progress and make downloading episodes simple (such as iTunes, Stitcher or PocketCasts), you have this wealth of media at your fingertips.

Right, so those are the basics, but still need some convincing? One of the biggest differences between podcasts and radio shows is that podcast producers aren’t vying for your attention with every single thing they do. They aren’t towing the party line for a particular broadcaster, so they have more flexibility to create more challenging and fully-realised ideas. Like having a proper meal instead of a massive bag of crisps, the satisfaction lasts longer. Anyone can start a podcast, which is both a blessing and a curse. On the one hand, only those that manage to get any notoriety become popular, but on the other hand it leaves a selection of available shows out there so massive that it’s almost impossible to know where to begin.

There are plenty of websites who make recommendations of particular podcasts to listen to, so it’s only a matter of time before you’ll get sick of seeing the names Serial, This American Life and Radiolab. One area that isn’t so well covered is podcasts based on music. So here we are, the All Things Loud recommendations of music-based podcasts with suggested episodes to get started so you can see if it does something for you.

Let’s start with the most well known one, and for good reason. Song Exploder is a music nerd’s dream where each episode sees a well-known artist deconstruct one of their songs and explains how the song was created in the first place. Hosted by Hrishikesh Hirway, the show reveals fascinating insights and details that would otherwise remain unknown. Artists from Iggy Pop to U2 have featured on the podcast with invaluable and inspiring details that all music creators and appreciators can relish.

How can we have a list of podcasts without featuring the best one that the Netherlands has to offer? David Achter de Molen is the ex-frontman of John Coffey, stage manager at TivoliVredenburg and host of a weekly show at 3FM. He talks to people from the music industry, works at festivals and discusses industry advice with a wide array of musical guests. His approach is refreshing, unafraid to highlight hypocrisies and to go after conversation topics that could otherwise cause controversy. To really understand what’s going on in the music industry in The Netherlands, this is where you start.

You’re probably familiar with music reviews, right? There are plenty on this website, for example. Do you ever feel like it’s not enough? That instead of a few paragraphs giving opinions within days of an album’s release, you want to know far more? Dissect Podcast is a magnificent tour-de-force which reviews, comments and critiques albums with such incredible depth, insight and research that you end up appreciating them in a whole new light. Each season is dedicated to a new album, where everything from the lyrical content to the particular musical influence of a phrase is pulled apart and explained. It gives you a whole new perspective on what you’re listening to and makes you take a step back and appreciate the music for what it is. All of this is done by one man, Cole Cuchna, whose obsession and attention to detail combined with his ability to convey himself make this podcast a must-listen.

Too often hip-hop is covered in the media by those who don’t have the understanding or appreciation of the form and the society in which it’s created. Microphone Check dedicates each episode to a different guest, interviewed thoughtfully by the clearly well-versed hosts Frannie Kelley and Ali Shaheed Muhammad. There’s clearly a lot of thought that’s put into their selection of guests, with an array of names who’ve had a huge effect on the scenes within which they’ve been part of and whose influence and reach is often not fully appreciated. Guests like Talib Kweli, Tech N9ne and Big Boi reveal insights and thought processes in ways that other mediums fail to capture.

While music may be an incidental part of its coverage, the podcast Twenty Thousand Hertz explores sound in great detail looking at subjects we often take for granted and exploring them in a way that makes you want to become an audiophile. Whether it’s the theremin, the music in speech or sounds which scare us, it’s rare that this one of our senses gets so much attention paid to it. The concepts are clearly described and there’s something new to discover with every episode.

Chris Bewick was, like many others, a frustrated musician. When working with others, he found he could achieve things and get things done, but when left alone he’d end up with an ever-growing collection of projects half-finished and ideas partially explored. Frustrated by his own lack of ability to finish things, he set himself a challenge for 2018. Create 12 songs, one per month, collaborating with a different musician playing a different instrument each time. In the corresponding podcast he’s interviewed about each collaboration, finding out how it got made and the challenges faced along the way. For any aspiring musician, this is a must listen.

Scott Aukerman is best known as the host of the popular absurdist improv podcast and TV show Comedy Bang Bang. Adam Scott is best known as Ben Wyatt in the US sitcom Parks And Recreation. The unlikely pair teamed up for a podcast where they could bond over their love of first U2 and later R.E.M. However not all is as it seems. For many die-hard fans, this podcast is an exercise in frustration, but for those with a sense of humour, the irreverent tangent that these two go off on when talking about the subject they love is often hilarious and occasionally insightful. It’s at its best when it’s at its most chaotic.

Ever feel like you’re stuck in a rut musically, listening to the same old tracks in the same collection of styles? With algorithmic recommendations, it’s easy to find that everything you listen to is very similar to the style’s you’re already familiar with. While it’s helped people find a wealth of new music, it’s made it harder to discover the sort of music you don’t even know you might like yet. Songwriter James Yorkston and Record Label Owner Stephen Marshall discuss music between a selection of tracks from all corners of the world while attempting and failing to keep the runtime as close to 46.30 as possible.

Musicians often get opportunities to talk about their music with such repetition and frequency that eventually they feel like they’re on autopilot. One of the questions they often get asked is who their influences are, but usually it’s a passing question on a list of many. In Essential Tremors, artists get the chance to explore the tracks they love and are influenced by in great depth, describing what these songs mean to them. Hearing these legends describe the music that made them get started doing what they do is a fascinating insight into how they became the people they are.