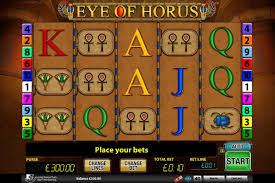 Even if you’re not an avid lover of all things music, the soundtrack to a video game can be one of the most important elements. A great soundtrack can lead to total game immersion if the tracks are played at the right time and perfectly suit the occasion at hand. Sports and driving games often feature a myriad of the latest hits from various bands and groups which make sitting in the menu or racing around more exciting, but other games manage to enhance the experience with incredible soundtracks. So, these are the games with great, fitting soundtracks that make them even better.

It's been 7 years ago since #Skyrim released today! One of my all-time favorite RPGs and a perfect winter game to cozy up to.

Still remember when I used to be able to sit and play it for 18 hours a day! Nowadays I play games for 2 hours and need to nap after, lol. pic.twitter.com/bOQWe0sPlB

It cannot be overstated how incredible the Skyrim soundtrack is: which perfectly complements the grandeur of the game itself. The epic fantasy world exploring, dragon hunting, spell-throwing, sword-wielding, game is so vast that what’s most impressive about the soundtrack is that it has a track to suit every situation.

But, of all of the tracks played, it’s that played when you come face to face with a dragon, with the bellowing sound of a barbarian choir thundering throughout the conflict, which is apparently done in the game’s created language according to Classic FM, with that outlet putting the soundtrack into its Hall of Fame.

Those who play online slot games seek the big moments when wins land and features are in play. This is why Eye of Horus only features the classic tunes and tones of a slot machine during regular play, but then infuses the sounds of Ancient Egyptian street musicians at key moments.

The best part of this game (as per Paddy Power), is the scatter-unlocked free spin feature. Not only do the top symbols get an upgrade in wins, but the soundtrack is so upbeat and exciting that it adds another level to the reward felt by unlocking the bonus rounds. Better still, when the expanding wild of Horus stops the soundtrack to draw in attention and anticipation, the god rewards more free spins, then returning the sounds of Egyptian music to the joy of the player.

Kratos and Atreus conquered giants of all sizes, including #TheGameAwards. Congrats to God of War for winning Game of the Year! pic.twitter.com/rRov6dR5Zh

The 2018 release of God of War changed the franchise in many ways: moving on from Ancient Greek mythology to Norse Mythology, and introducing a deep and powerful narrative of the formerly rage-filled Kratos learning to become a father – while battling the many mythological beasts of the realm. The soundtrack completely sinks the player into these new themes of the long-running franchise, delivering a completely new experience.

The soundtrack makes use of the hurdy-gurdy (as per GamesRadar), to evoke its ethereal vibe befitting of a Norse game. It is also noted by that source that this new soundtrack utilises some bars of the old games, bringing back familiar sounds but presented with new instruments to deliver a nostalgic feel for returning players as well as immersing them in the brand new world that they find their protagonist in.

Soundtracks can dictate the excitement felt at key moments and the enjoyment of the more mundane elements of a game, making them vital to the experience. In these three games, the developers have included a soundtrack that perfectly adds to the immersive feel of the game, bringing even more excitement to the player in doing so.