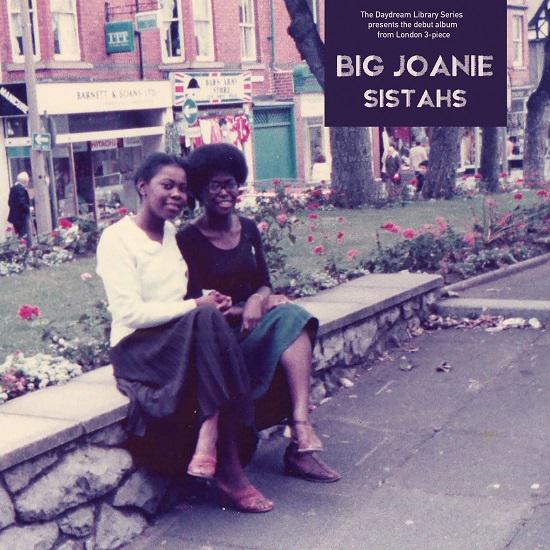 Though Big Joanie have been around for five years now, the rapid escalation that took place for them over the last six months is the sort of crazy, almost unreal story that most bands can only dream of. It was less than six months ago that the band were playing a support slot for seminal Dutch punks The Ex. Unbeknownst to them, Sonic Youth frontman Thurston Moore and his girlfriend and art-book editor Eva Prinz were there in the audience. That in itself isn’t particularly interesting, but the band made such an impression on Moore and Prinz that once they were done they made a bee-line to the merch stand to buy the band’s album. Only there was one problem. The album didn’t exist. The songs were written and ready, but had yet to be released. For most people, that would be a moment of mild frustration. A shame they couldn’t enjoy the tracks elsewhere, but a name to keep an eye out for in future. Not for Thurston Moore, though. Instead, he started a brand-new record label with Prinz just to release the album. Thurston Moore liked the band so much he started a record label to release their music. Let that sink in. That’s how much he liked it. Many bands have had good things happen to them, and many have picked up famous fans along the way, but few can describe something quite as incredible as that.

Though there may have been some mystic star alignment to result in this particular situation, there was a good reason Moore was so impressed with what he saw. Though their earlier material showed promise and passion, with three rough-edged self-released EPs on their own imprint, Sistah Punk, it doesn’t prepare you for the controlled maturity of the material which features on their debut album Sistahs. Right from the outset, New Year sets the pace with its simplistic and clean guitars contrasted with minimal drumming that brings to mind the ruthless efficiency of Colossal Youth. It’s Phillips’s Ronettes-inspired vocals that give the band their distinct sound above the melting pot of respectable influences they draw from. Rather than combining this minimal-punk with the powerful intense vocal deliveries favoured by bands such as Sleater-Kinney and X-Ray Spex, Phillips delivers soulful, melodic vocal lines with each song giving them their distinct style. Almost as though conscious that this vocal style could result in something sickly sweet, the songs often embrace unexpectedly a-tonal instrumentation on songs like Eyes or Down Down, vaguely reminiscent of bands like Parquet Courts, particularly on tracks like Way Out.

Prior to the album, the band have been outspoken when it comes to their ideological stance as black feminists in a British DIY scene dominated by white males. Outside of the band, all three members have been involved in activities such as running the Decolonise Fest for punks of colour, volunteering at Girls Rock Camp, and leading the Stop Rainbow Racism campaign, which works to stop racist performances in LGBTQ venues. As a result, it comes as somewhat of a surprise that the album itself takes a far more nonchalant, personal tone lyrically. Whether it’s a tongue-in-cheek diss track to an old, anonymous friend (Used To Be Friends), the end of a relationship (Cut Your Hair) or being stuck in a dead-end job (Eyes), the atmosphere remains calm throughout. The only song which directly addresses race is the album’s centrepiece Token. As Phillips describes her friends and the differences between them, Estella Adeyeri’s repeated whitesplaining refrain of “Don’t think it really matters anyway” captures so much in so few words. It’s a powerful piece, which captures so much with such succinctness and quotability. It’s a talent the band show time and time again on this album.

The album thrives on its defined minimalism with the focus drawn to each and every individual part as each exists in its place for good reason. Drummer Chardine Taylor-Stone barely touches her cymbals, favouring the toms to drive each song along. The minimal nature stops the gentle vocal back-and-forths from being lost in the mix, the sort of thing which would otherwise be lost on Used To Be Friends. The synth-infused power-pop of lead-single Fall Asleep is infused with handclaps reminiscent of girl bands like The Ronettes rather than piling on with maximal drums, and the result is one of the album’s highlights. The playful switches between overtly melodic moments and sudden atonal counterparts keep the album interesting, throwing in numerous surprises just when you think you know what’s going on. While tracks like Eyes and It’s You create distinctive, slightly sinister vibes in their structure, you’ve got moments like How Could You Love Me and Fall Asleep where melody is key. One of the greatest examples of how this contrast works together is on Eyes, with a beautiful choral outro perfectly contrasting the wonky chaos which precedes it. It’s these moments and this subtle yet powerful songwriting that keep you coming back to the album, which has a seemingly-transparent immediacy yet possesses hidden depths that keep you coming back for more.

There’s so much to keep coming back to in this album, whose approach is unexpectedly mature for a debut. The fusion of punk, 60s girl-groups and post-punk feels completely natural, each song picking and choosing elements to best suit the moment as it pleases. Rather than the raw intensity of the riot grrl movement, there’s something far more relaxed and carefree about this album. It simultaneously looks to the past but reimagines it in a forward-looking way. Much of rock and indie remains dominated by white men without an understanding of what it’s like to make music like this when you don’t fit the archetype. Gender and race should never play a part in the music that individuals create, but when the problems are systemic, there’s still a long way to go. Big Joanie have set the bar high on their debut album, with a self-assuredness and effortless coolness that brings you back again and again. If it wasn’t Thurston, it’d have been someone else.