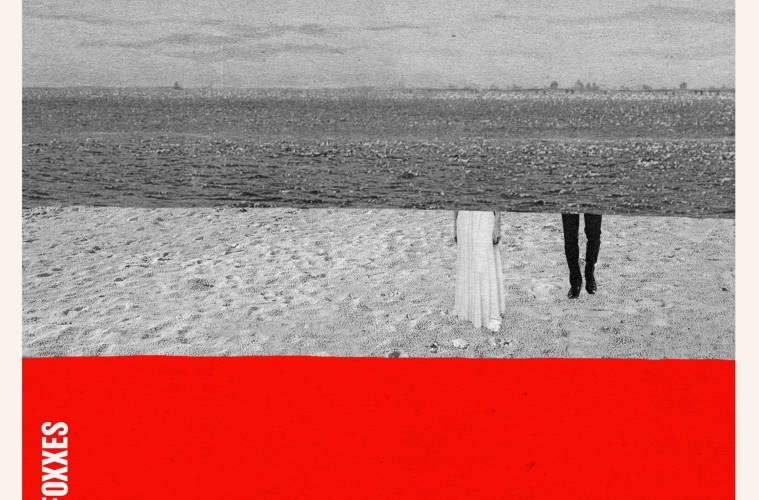 It’s difficult to powder over the cracks when you’re completely lost in a whirlwind of despair, when you’re feeling the brush and brunt of pain. But being drawn to music that evokes and drags you to a distant place, a place where you can lose yourself, is highly pleasing. Exeter’s Black Foxxes do this, they pull us in and we can sustain the force, because the force is like a fresh morning with a dark overcast. This band are ruthless when they throw down their muse like a grenade blowing through an attic full of notes written in blood, conveying stories of regret. They’re truthfully populating their music with magical twists and turns, with subtlety and volatility too, managing to create atmospheric masterstrokes. And you know what, the band deserve to receive such praise, as they’re moving up. It could be their time to dust off their best attire for a glitzy ceremony. At times, vocalist Mark Holley’s vocals are haunting on the new Black Foxxes LP, REIðI. They’ve always had the tinge, the overlap of seriousness, but here he utilises his voice even more. He belts out words peppered in poetic hooks, words which strike through the fat edges of the atmosphere. He’s also a brilliant guitarist, superbly playing intricate lines at a sheer pace.

REIðI is predominantly a lyrical album, yes the instrumentals are executed well. If you delve into those poetic strands, you will be left astounded. Holley doesn’t hold back as he describes crippling pain, lost love, and a world shattering before his eyes. He gnashes his teeth in anger too, his rage pounding the base of where he stands. Breathe starts the record off brilliantly. Holley sings about being shackled in pain and being isolated from love. The little snap of guitar and those hardened drums add a heavy contrast. It is a wonderful opening. Manic In Me is a showstopper. Holley opens his lungs and sings about razors and dependence; he needs to escape, he needs to dislodge himself from mania. Again, the snappy guitar presence is pleasing. Oh, It Had To Be You starts with a subtle touch, it’s moving and heartrending. Holley bellows out, and wants to live alone in his disturbed head.

Flowers begins with a simple but infectious riff. Holley sparks fury, he screams for hope. His energy is fading, his dreams ache to be shown to the world. Take Me Home is a ballad of sorts, and it’s beautifully poetic. Holley opens his mouth and sings softly, wanting to find a comfortable shell to keep him from the pain. Float On is another song describing despair and hopelessness, with the strings in the background complementing Holley’s unique singing voice. The song paints an unnerving scene, one that could make you shiver and feel like you are there watching a man fade away. Black Foxxes are a talented band. Their music is exceptional and thought provoking. And by piecing together these songs of substance and meaning, they’ve excelled on their second album. Through and through, the act deserve credit for lighting up a rock scene which houses so many imitations. They truly experiment with sound, which makes them highly original. REIðI is out now.