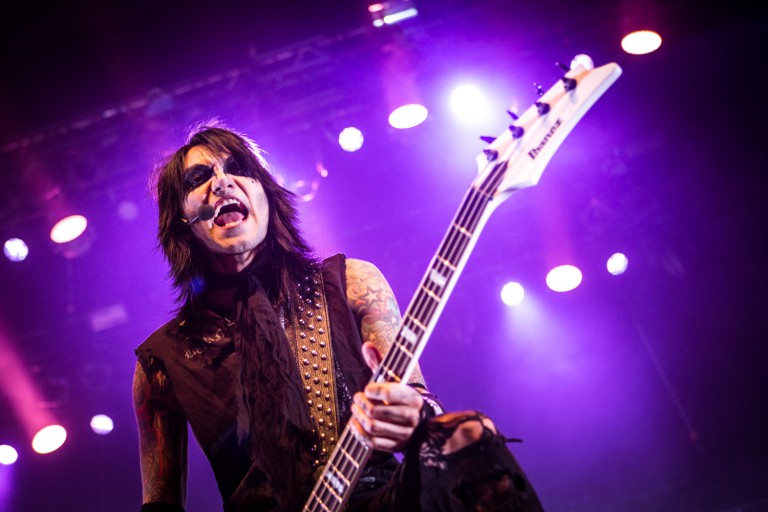 UPDATE: Black Veil Brides frontman Andy Biersack has spoken out to correct Purdy’s remarks, telling AltPress that the band will not be breaking up after all. Read his response to Purdy’s comments here.

Black Veil Brides bassist Ashley Purdy has claimed that his band’s upcoming stint on the Vans Warped Tour will be the last thing the band ever do.

Speaking on Another FN Podcast, Purdy spoke of the band’s summer plans as they help to celebrate the final ever cross-country run of the Vans Warped Tour, which kicks off this weekend. “We start Thursday at Warped Tour in Pomona, [California] and we are going to do eight dates through the southern California area,” Purdy said, adding: “and that is where you are going to see Black Veil Brides for the last time ever in your entire lives. So, you better fucking go, because that’s gonna be it. You better see us before you don’t see us.”

Whether or not these words are meant to be taken with a grain of salt remains to be seen, however Purdy did add later on in the podcast that frontman Andy Biersack will continue with his Andy Black project while the rest of the band do something “separate and easy. Nothing more, nothing less.” Listen to the entire podcast above.

Black Veil Brides’ most recent studio album, Vale, came out earlier this year. Listen to Wake Up below.