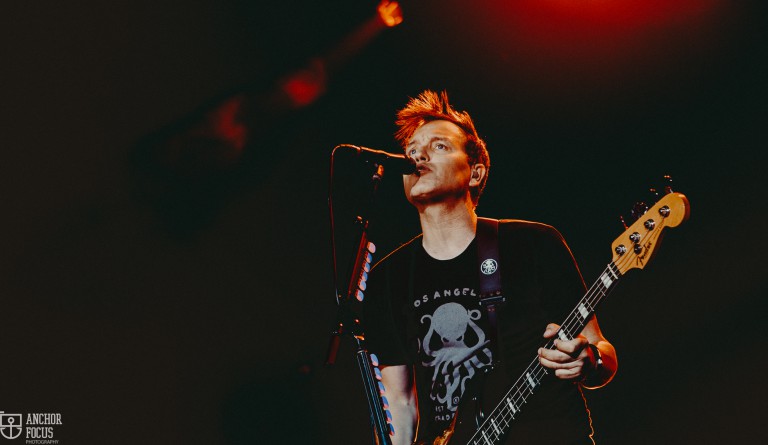 Generic sounds and repetitive loops overshadow I Really Wish I Hated You, the new track by formerly iconic pop punk band blink-182. Not only is it a messy affair regarding the production, but the lyricism is just as unkempt. Frontman Matt Hoppus sings along to a drone-like beat, filling in the blanks with words which are far from poetic. You don’t expect lyrics of a supreme standard from blink-182 anyway, but within the gears of this travesty, you’d expect at least a little more robustness and story.

Blink-182 have never been a band to delve profoundly. They’re, of course, an act
that revolutionised a genre to quite some extent in the early 2000s. But their lyrical competency has always been undercooked, even in the glory days of I Miss You and First Date. People aren’t looking for fables; instead, they’re looking for infectious melodies, and in their heyday the band had these in droves. However, on the evidence of recent ventures, there’s a considerable lack of substance.

This substance may point at the band losing their groove. Or they’re just wanting to experiment. Experimentation can work, and it can be a revelation, but the last few tracks have left many fans chasing. Hopefully, the rest of new album NINE will patch up severed ties. Within the core of I Really Wish I Hated You there’s no quick fired riff or dazzling chorus. Matt Skiba adds none of his monumental talent for songwriting and is only there as a prop. It’s a waste that the Alkaline Trio frontman can’t fully exercise his abilities, as they seem somewhat stifled. Overall, I Really Wish I Hated You is a monumental misstep. The record could be a mediocre, jumbled abomination, or the rest of the songs could shroud the inferiority. We’ll need to wait until September 20th to find out.