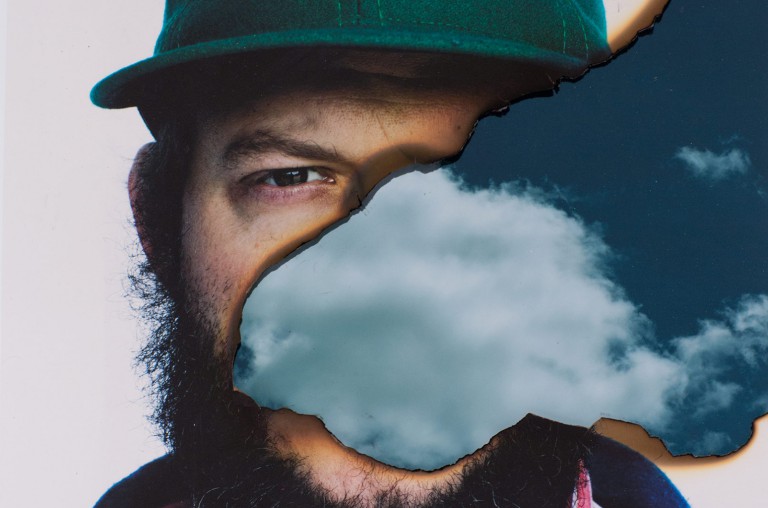 BON IVER IN UTRECHT: A Spectacle Like No Other

There aren’t many instances where an artist is capable of leaving a 2,000-strong crowd absolutely speechless for the best part of ninety minutes. However, that’s exactly what the Justin Vernon-helmed Bon Iver achieved last night during a stunning performance at Utrecht’s TivoliVredenburg. The reclusive artist’s latest record, last year’s breath-taking 22, a Million, saw him head down a sparse electronic path far removed from his indie folk beginnings, receiving critical acclaim the world over for its subtle intricacies and melodramatic subject matter. These intricacies made their way through a sold-out Grote Zaal last night alongside the intriguing harpist Mikaela Davis, whose emergence is so recent that there’s only one song out in the world right now.

Taking to the stage just after 9pm, a bearded, cheerful Vernon and two live musicians had to initially deal with minutes of rapturous cheers from a surprisingly welcoming Dutch crowd. The cheers were so raucous and elongated that it took a couple of minutes before Vernon and co. could even kick off proceedings. Once they did so, the whole room fell completely silent as focus shifted to one thing and one thing only: the music. Set opener 22 (OVER S∞∞N) incorporated looped vocal samples and quirky sonic outbursts as Vernon’s silky smooth voice echoed through one of Utrecht’s grandest halls, one which was surely tailor made for music of this stature and brilliance. Although new record 22, a Million is by far Vernon’s most out there and experimental music to date, live it seems to take on a whole new life of its own which seems rooted in introversion. The new cuts are still extremely experimental in a live setting, although it just seems to make far more sense alongside Vernon’s older output when you line it all up one by one. Take the melancholic and almost gritty sounding 10 d E A T h b R E a s T ⚄ ⚄, for example. On record, its fuzzed out percussive instances enter the forefront alongside Vernon’s morphed battle cries. Live, on the other hand, it enters a whole new realm whilst still maintaining all of the core elements which make the song so hypnotic. Paired with an intriguing live show, it really makes for intense viewing. Justin completely immerses himself in the song, almost losing touch with the crowd as he directs his emotions towards his keyboard. The night witnessed an early “WOW” moment in the shape of 715 – CR∑∑KS, which Vernon pulled off even better than he does on record; so much so that the crowd remained absolutely silent and observant throughout. The track consists solely of his own vocals, which are coated in effects that make Vernon nearly unrecognizable, yet still as cathartic as before.

The opening thirty minutes drew heavily from Bon Iver’s later, more obscure work, with a mid-section allowing for Vernon to hark back to his log cabin days. The sultry Calgary appeared early on, having been transformed completely to include a harmonica alongside one sole acoustic guitar. It was one of few moments in the show where Vernon’s sublime live band took a step back from being absolutely class multi-instrumentalists. Calgary’s former intense beauty had thus been replaced by elegance which only Vernon is capable of, almost throwing fans off the scent when he initially unveiled the track’s total reworking. Fellow deep cut Flume and the accompanying Perth both featured soon after, still managing to retain the eerie silence which Vernon seems to have no trouble in commanding from the crowd. It’s not just silence which he commands from them, though; in fact, the respect he garnered from them was likely tenfold that of the silence he revelled in. At one point during the show, he gave a short speech on the importance on LGBT rights, pointing people in the direction of a stand outside where donations could be made. “Our governments don’t care, and that fucking sucks” he declared at one point, his words ringing with so much truth that the room erupted into support. It wasn’t long after that two girls simultaneously passed out, with Vernon directing security in their direction before calmly reassuring them that “everything will be okay sweethearts, we all love you”. Vernon oozes charm and kindness, that much was evident. It was a relatively youthful crowd, one which most likely grew up listening to the likes of For Emma, Forever Ago in their bedrooms during formative years. The show slowly but surely careered towards an explosive main set finale, complete with manic strobe light outbursts (on the piano-led 33 “GOD”) and core-shattering basslines (on fan favourite Woods). Despite all the exciting production additions, though, the main highlight of the show came in the shape of Skinny Love, Vernon’s breakthrough hit. It brought the main part of his show to an end in the most haunting way possible, his voice sounding as delicate and breakable as ever as he proceeded to receive another lengthy standing ovation.

Returning for an encore, Vernon and his brilliant live band were met with yet another ovation as they pulled an acoustic rendition of Leon Russell’s emotional A Song For You out of the bag. Vernon introduced it as his favourite song of all time, putting a Bon Iver twist on it ahead of show finale The Wolves (Act I and II), for which the crowd’s vocal help was enlisted during its serene chanted mid-section. It was the first instance of the whole night where the crowd sang along to a song, and only then was it on the artist’s personal request. Strobe lights, warped percussion and a sense of togetherness brought the show to a special ending, one which was like no other. There’s just something about Justin Vernon, his music, his loveable stage presence and Utrecht’s extremely respectful crowd that makes this show a surefire contender for one of the year’s best. It’s all fair and well to praise everything possible in a world where the slightest criticism can make for dire consequence, but you’d really be hard-pushed to find something negative to say about Bon Iver’s live show. It’s just that good.

22, a Million is out now. Stream a fan-made playlist of last night’s show below.