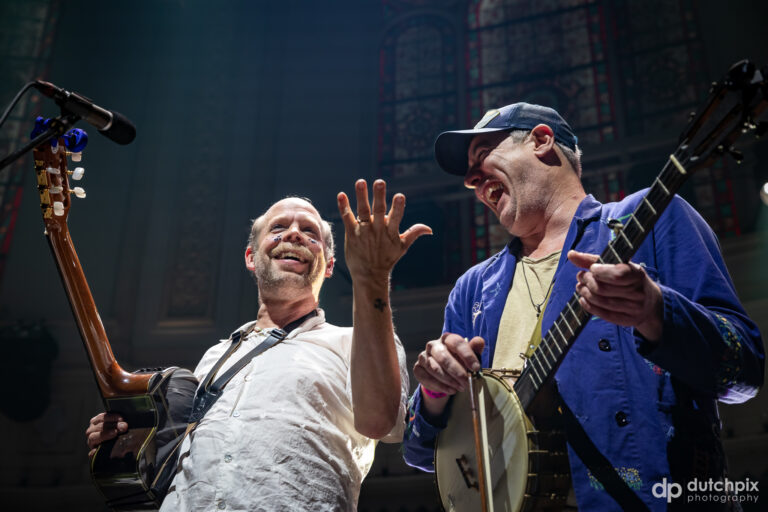 Bonnie “Prince” Billy & Broeder Dieleman in Amsterdam: Troubadours With a Passion For Melancholy

Upon entering Paradiso, an outside world full of live football and the dark days before Christmas seems locked away. Broeder Dieleman – the night’s opening act – describe his repertoire as ‘sad’. Joking to the crowd, he sarcastically asks: “Oh, you want happy songs? Then you’ll have to wait for Bonnie ‘Prince’ Billy…”

That doesn’t happen, of course, as the music of both musicians is rife with melancholy, black humour and emotion. Both troubadours use just their guitars to convey emotions ranging from sadness to living.

Bonnie “Prince” Billy knows how to keep the crowd’s attention from the first note, thanks to his intriguing voice and deep lyrics. There are brief humorous intermezzo’s which mimic theatre (he’s also an actor, which should come as no surprise), and his glitter-covered face adds a balance to the laughter and tears. Together with Dieleman they duet on the joyful In the Wilderness. During the encore, Billy grabs the crowd by the hand for a trip to land of feeling. As Dieleman put it earlier: “it has to feel thought through, otherwise it will express itself in the wrong manner”. Text: & Images Judith Zandwijk & Jan Rijk