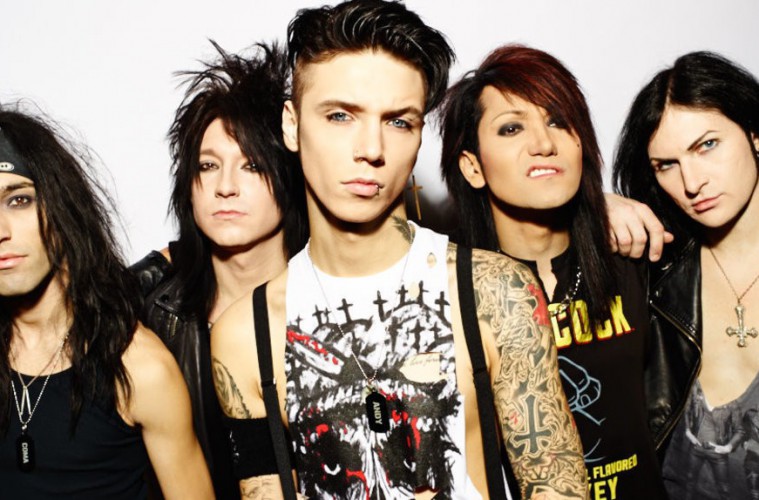 EDIT (2 December 2016): As you’re all aware, this is an April Fool’s Joke. However, please cut it out with the abusive comments. They all go through an approval process, so there’s no point calling us “sick” or “hateful towards the Army”. Besides, the content of the article is very clearly tongue-in-cheek. They’re not splitting up, see you next April.

“It’s been a long time coming, however inter-band relationships have just completely fizzled out. We first thought of letting the rest continue without me, but it seems very clear that the Black Veil Brides are no more. I had an argument with Ashley (Purdy) a couple of weeks ago which just completely cemented the deal. You see, creative differences are just one hell of a stupid thing to fall out over, but it’s just really important for me to blend in with the rest of the guys.

Furthermore, I’ve just started out with my Andy Black project and I feel like it offers me a perfect direction to head in. There’s only so many metal songs a man can sing on, and I’ve reached the limit. I don’t know where it will take me for the long-term, but I do believe that the short-term possibilities are huge. I wish the other guys well, and I hope that we could come together one day in the future to reconcile our differences.”

Alongside this, bassist Purdy released a similair statement:

“When we realized that things we never going to work out with Andy and his solo project, we considered starting all over again with a brand new vocalist. Danny Worsnop expressed interest, as did Gerard Way, but it feels like Andy’s behaviour has just ripped a hole between not just him and me, but between myself and the whole band. I’m considering continuing as a solo artist, but nobody knows what could happen next.”

EDIT: Please look at the date of the article.