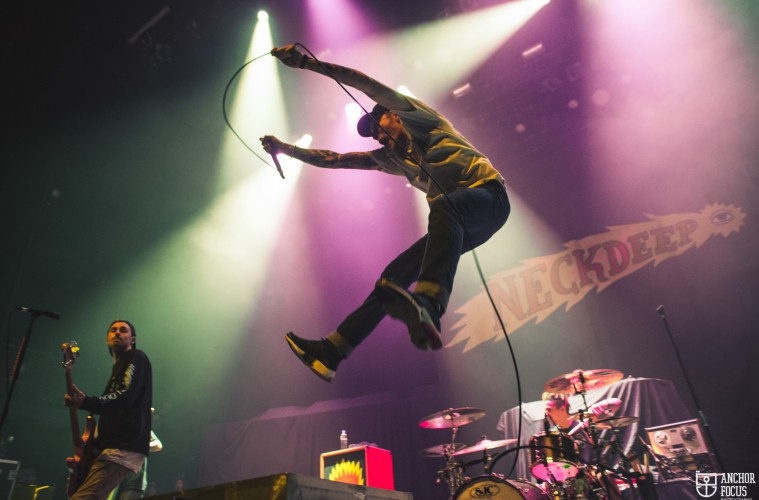 Neck Deep‘s show at the Rock City in Nottingham was called off mid-gig this evening (9 October) following a fracas with security.

An official statement is yet to be released by any of the involved parties, however sources who witnessed tonight’s show have claimed that a stage invader was tackled to the ground in vicious fashion by security.

Sources further recounted that members of the band stepped in and remained entangled in a physical fight with Rock City’s security team, which promptly caused the show to be called off. It’s claimed that the band only stepped in after security refused to stop manhandling the stage invader.

The legitimacy of this story is yet to be fully confirmed, however one fan did post a video to Twitter in which frontman Ben Barlow apologized profusely for what happened. Check it out below.

More news surrounding the incident is expected in due course.

UPDATE: Footage of the altercation is available below.

SECURITY ARE PIECES OF SHIT AND NECK DEEP FUCKING DID SOMETHING THIS IS WHAT HAPPENED pic.twitter.com/Mbrb5UxpYt