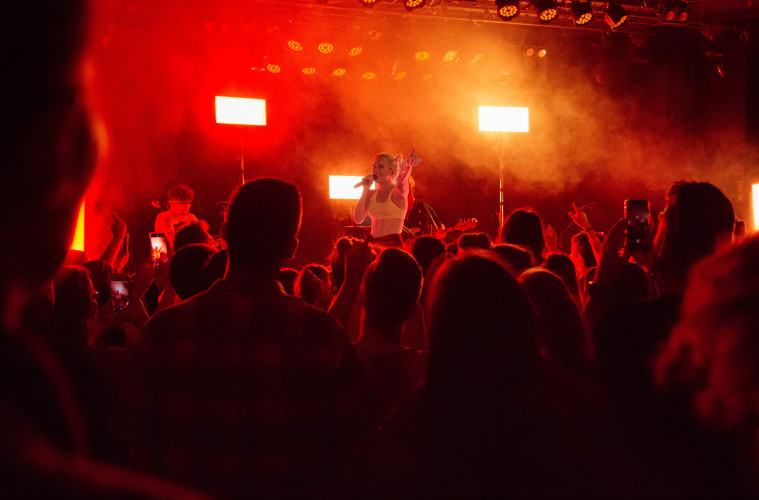 Broods Take On a New Color With Peach

Broods, the brother-sister duo of Georgia and Caleb Nott, played a handful of new songs along with tracks from their first two albums to 500 fans at the Roxy in LA last week. Their forthcoming album is expected in early 2019. After a brief quiet period for Broods while the two worked on other projects (Caleb as Fizzy Milk and Georgia on an all-female produced album called the Venus Project), they released their first single for the new album, Peach, in August. 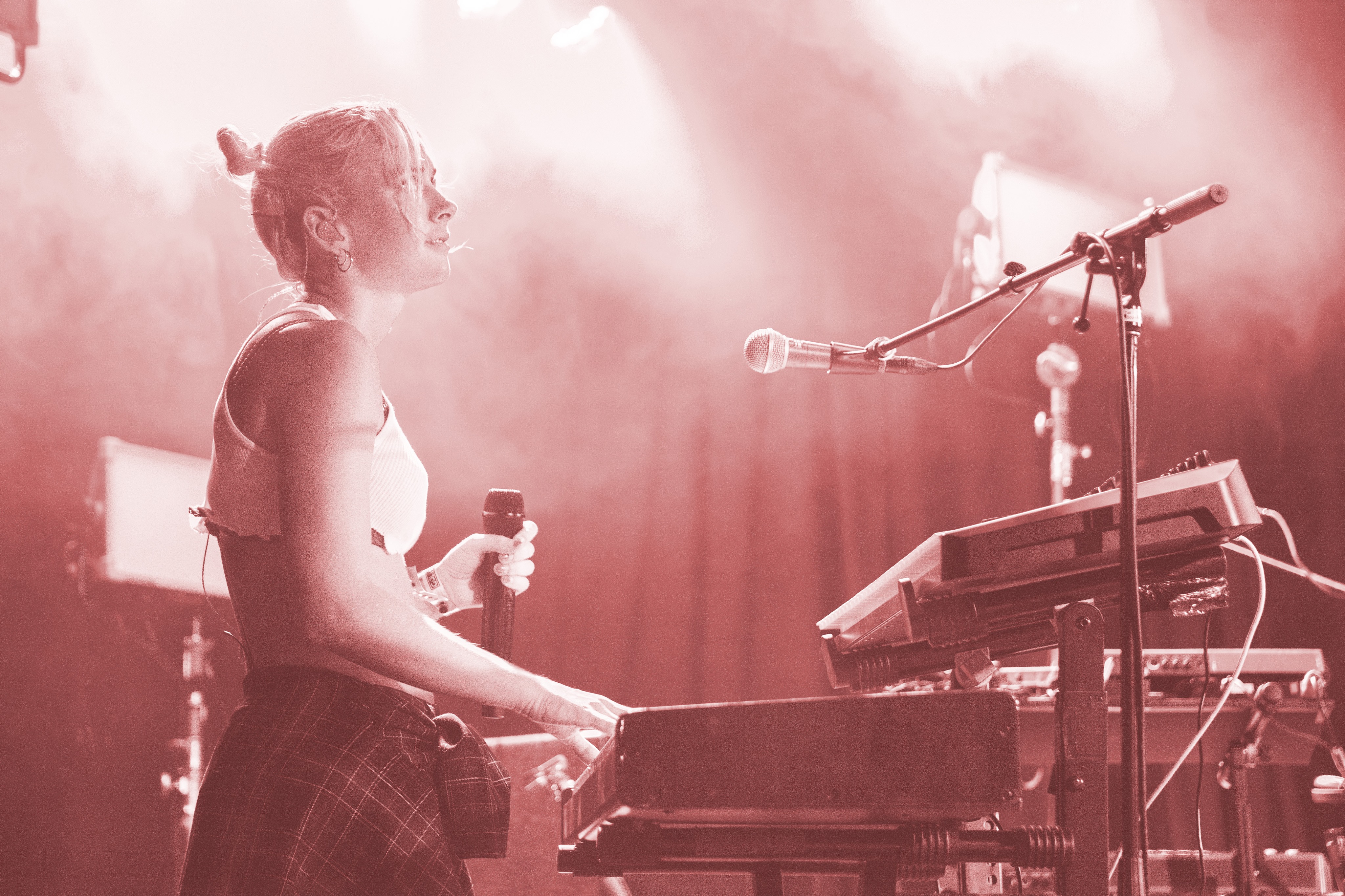 Peach alternates between a calm contentedness in the verses – “love the peace when I feel alone” – and an unencumbered exuberance in the chorus, as the drums introduce an array of synths. If the verses and chorus explore two different kinds of happiness, then the bridge addresses its opposite as “a simple price to pay for all the love I feel when I’m okay.” Peach paints Broods in a new light, and it’s no accident that compared to the album artwork for Evergreen and Conscious the cover for Peach (shot by Kelia Anne MacCluskey) is a hazy wash of color. 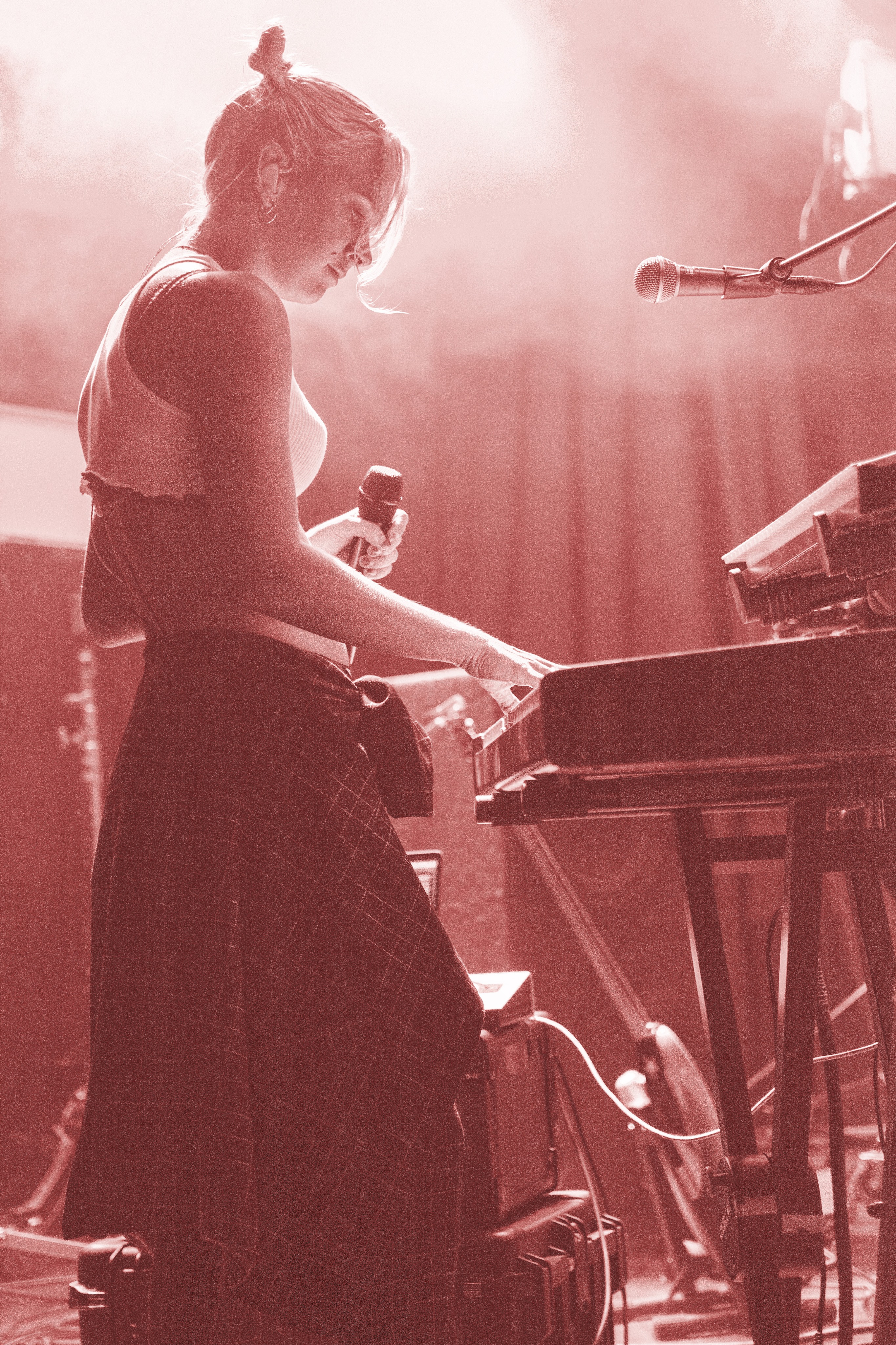 To see Broods at a venue as intimate as the Roxy will become a rarity- Broods will be opening for Taylor Swift in New Zealand and Australia later this month, playing to crowds of 40,000 or more. Georgia’s stage presence and powerful vocals are ready for a bigger room, but her spontaneous decision to perform a piano-only rendition of the ballad Four Walls off of Evergreen kept the performance feeling intimate and authentic. Peach is out now.