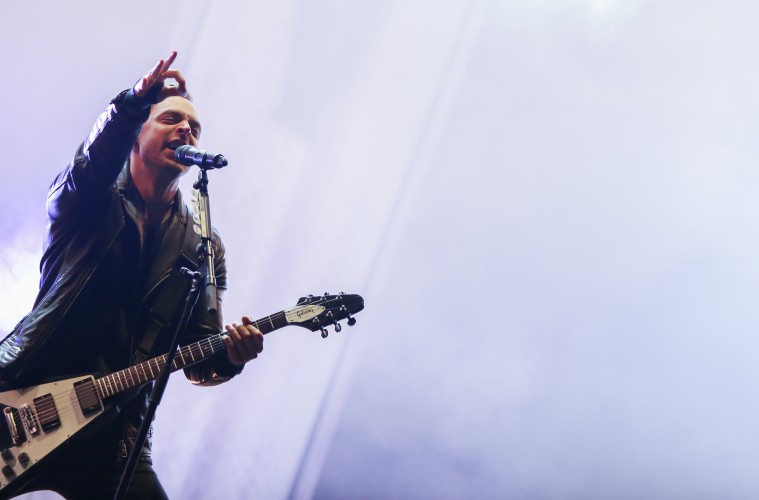 Bullet For My Valentine to Return to the Studio

Bullet For My Valentine have announced plans to return to the studio later this month.

In an interview at Wacken Open Air with ARTE Concert, bassist Jamie Mathias and guitarist Michael Paget expressed their desire to get back in to the studio.

The Welsh metal band are planning on taking time off towards the end of August, with the end result hopefully equalling a couple of new tracks to incorporate into their live show.

Watch the full interview below.

Bullet For My Valentine’s most recent record, Venom, came out in 2015.