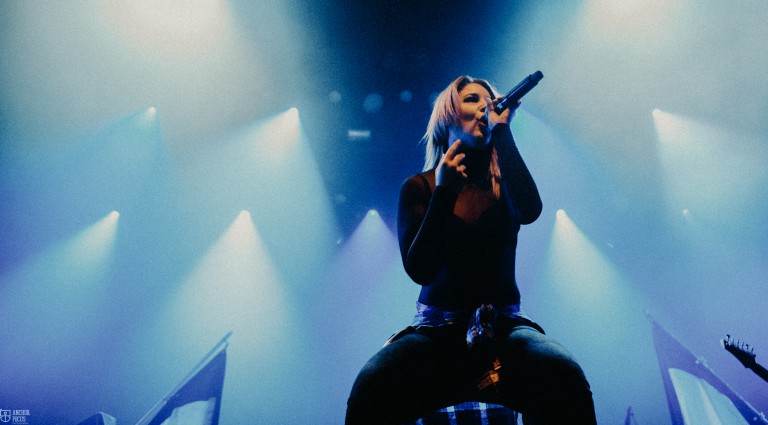 The Charm The Fury Announce Split

The Charm The Fury have split up.

The Dutch metalcore outfit made the announcement today following a lengthy period of silence, sharing an incredibly lengthy statement on Facebook detailing the reasons behind their split – a split which they insist is just for now.

Taking to social media, they wrote:

“Some of you will probably have noticed that we have been very quiet lately, and there is a reason for this. Unfortunately, we have collectively decided that, for the time being, The Charm The Fury has come to an end. Obviously, this decision was not an easy one, so we do not take it lightly. Sadly, the band could not be sustained in its current line-up for multiple, complicated reasons. With the departure of our old guitarists Mathijs Parent and Rolf Perdok, many things changed. Also, the financial strain that the band was placing on some of us was becoming too hard to bear. Suffice to say, the current situation could not be maintained and a decision eventually had to be made.

First of all, we want to thank all of the fans that the band has gained over the years from the bottom of our hearts: you guys have given us some of the best times and experiences in our lifetimes, and we can’t thank you enough for that. From the Dutch fans that have been with us from the beginning, to the newest fans we’ve gathered from all over the world: you guys are awesome, and we will always be grateful for the beautiful moments you have given us.

Despite the hard times, we have a lot of great memories to look back on. From our humble beginnings in ‘Rockclub The Cave’ in Amsterdam, playing a sold out show for about 50 people destroying the furniture, to winning a Groezrock contest, where we got to play for a crowd of about 500. The biggest crowd most of us had ever seen from a stage. At that time, no one could have dreamed we would end up playing some of the insane shows we did: from Pinkpop and Graspop Mainstage to Hell and Heaven festival in Mexico, all in front of thousands and thousands of people.

We also want to thank everyone that has helped us along in our career. First and foremost our down to earth manager for more than 5 years Martijn and the team at Nuclear Blast that has helped us so much during our latest release. And of course a big thanks to all of the FOH, tour management, and crew members in any shape or form. You guys were the backbone of this band. Also a warm thank you to Robert and Daniel for teaching us so many new things. Thanks to Mojo, who have helped us with bookings from the start, and of course all the booking agencies that have been with us through the years. There are simply too many people to mention, but you know who you are!

We know this news may come as sudden to some, but it’s no reason to discard the good times and there certainly were a lot of those. Feel free to share some of your memories with us, we’ll read them with a big smile on our face. We will see you all again, perhaps at a metal show, perhaps in some new musical endeavour. Only time will tell. Again: thank you all so much.”

Over the course of nearly a decade, The Charm The Fury released two full studio albums, most recently 2017’s The Sick, Dumb & Happy. Listen to breakthrough single Carte Blanche below.