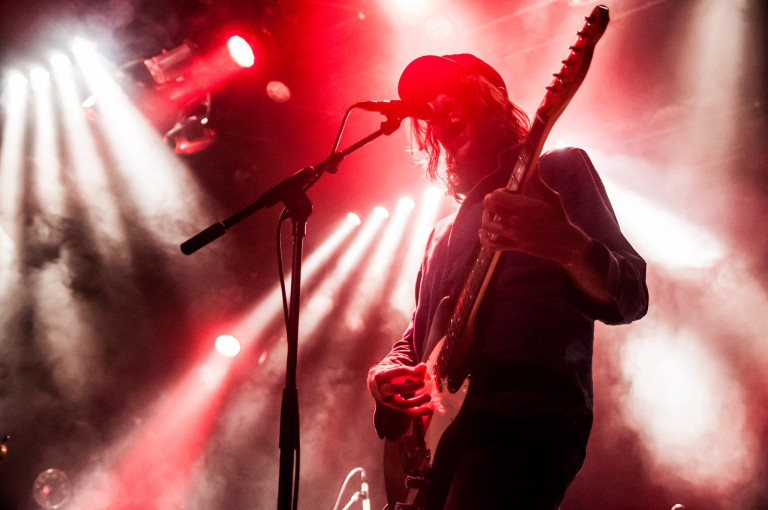 Cloud Nothings made a statement with their 2018 album Last Building Burning. Their previous album Life Without Sound offered a more melodic, cleaner and polished version of their trademark sound, but despite this being the career trajectory for so many different artists, the direction was not one that sat well with their fanbase. With the two albums prior creating their reputation as a poppy post-hardcore powerhouse, but with almost no sonic progression between the two, it seemed that the fans had come to expect a certain style and weren’t going to be happy unless they got more. I’d like to think that their return to a more raucous sound wasn’t for such cynical reasons, but it’s hard not to think of Last Building Burning as a statement. Its opening track is one of the most ferocious and intense tracks they’ve ever produced, setting it straight that things have changed.

So strong are their feelings with this album that on this tour, they open with its entire tracklist from start to finish. Lucky for those watching them on this tour, it’s arguably their best to date. There’s a huge ballsiness about playing your new album from start to finish on a tour. Not just a one-off, but the whole tour. Bands often feel restrained by the anchor of their older material, interspersing new songs in between the old. The more successful the previous material, the bigger the expectation to play songs from it, the harder it is for the artist to redefine themselves. Cloud Nothings didn’t even explain or advertise their tour in such a way as to make this clear. There were no explanations at the start of the set. The lighting was low and the band were clinical in their execution. It’s refreshing to see a band take such a stance about their newer material and its importance to sustainability. It shows a band who aren’t ready to call it quits and want to keep things interesting. The sequencing of the album has a large amount of thought put into it, so why not take advantage of this setting? Dissolution, in particular, sounded massive with its elongated breakdown and rebuild, something the band have spent such a long time perfecting this formula surely with the knowledge that its effect is devastating on stage. The album may be slightly front-loaded on the recording, but live the more meandering later songs take a meaning of their own.

After finishing the 8 new tracks, frontman Dylan Baldi stated the obvious and announced it was time to play an old track. The poppy Modern Act follows, which when played live doesn’t sound as wildly different as the material which preceded it, but certainly dropped the intensity slightly. Followed with Now Hear In and Enter Entirely it’s not till the last couple of songs that the crowd-pleasing back to back pairing of Stay Useless and I’m Not Part Of Me get the crowd going in a way which the rest of the set didn’t manage to achieve. Despite Cloud Nothings’s best efforts, there’s no substitute for the familiarity of the classics. The tempo was sloppy, but in a way that seemed almost intentional. It’s one thing to play highlight the new songs, but it felt childish to do this to the classics. The encore was a single song, a rendition of Wasted Days, the prototype for the new album’s Dissolution. A song which sounded incredible in the context of the first album, and gets a positive reaction because of it, but something’s just not quite right. Compared to Dissolution it sounds hollow. The point of this type of song is to give the band some breathing room to build towards the inevitable climax, but instead, it feels business-like in its execution. Cloud Nothings clearly have strong opinions about their situation, and with a bit of luck, others will join them for the ride.