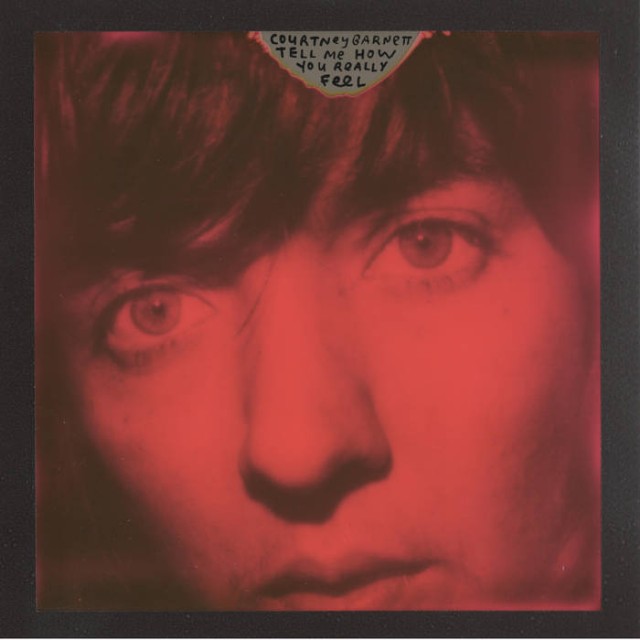 Courtney Barnett Gets Introspective on Her Second Album

Aussie indie rocker Courtney Barnett has quickly become an undeniable force in the genre. Her debut album Sometimes I Sit and Think, Sometimes I Just Sit  showcased her unique ability to speak bluntly, and pair it with riveting instrumentation. It helped Barnett burst onto the scene, putting her in the spotlight. But her debut album carried a certain sense of spirit. On follow-up album Tell Me How You Really Feel, Barnett strips her work of some of that spirit, and replaces it with self-care reminders for both herself and her listeners. Its message is clearly sent to you via her particularly mundane enunciations and grungy guitar work.

On the album’s opener, she introduces that mundane tone which she carries with her throughout the entirety of the album. “Take your broken heart, turn it into art” she sings softly on Hopefulessness. The opening chords on it indicate that she would keep the grungy approach, but it’s a bit more laid back this time around. It’s a fitting opener, as if she’s reluctantly letting you into your self-conscious mind. On City Looks Pretty, that mundane tone captures your attention when she bemusedly sings “friends treat you like a stranger, strangers treat you like their best friend, oh well.” We quickly learn that Barnett’s attitude is largely based around her ability to shed some light on dark moments, where she essentially brushes off the negatives.

Need A Little Time tells a story of Barnett separating herself from a toxic friend, allowing herself to refresh her mental health. “I need a little time out from me, and you” she preaches on the chorus. She continues on the album’s midway point, which finds Barnett at her most aggressive, focussing less on herself and more on external influences. Lead single Nameless, Faceless does this by turning an internet troll’s insulting words against him. “You’re kidding yourself if you think the world revolves around you” she refutes.

She follows that up with the upfront, in-your-face I’m Not Your Mother, I’m Not Your Bitch, on which she lets loose and rocks out fearlessly for nearly two minutes, with less focus on lyrics. Help Your Self possesses a title which takes the album’s theme to heart. “Pull back and release, the sign on the shelf says ‘”please help your self.'”” The guitar work is choppier than on the rest of the album, and her voice sits at the forefront here.

Courtney Barnett has clearly learnt from her joint album experience with Kurt Vile. She continues to grow through her life experiences, wearing her emotions on her sleeve. Her sophomore album is testament to her ability to shake off dark moments and accept life for what it is as it comes at her. It’s certainly a bit more introspective than her debut, and the lyrics here demonstrate her taking the situations she encounters for what they are. She’s quickly becoming one of indie’s most popular female voices, and she will only continue to grow and gain traction.