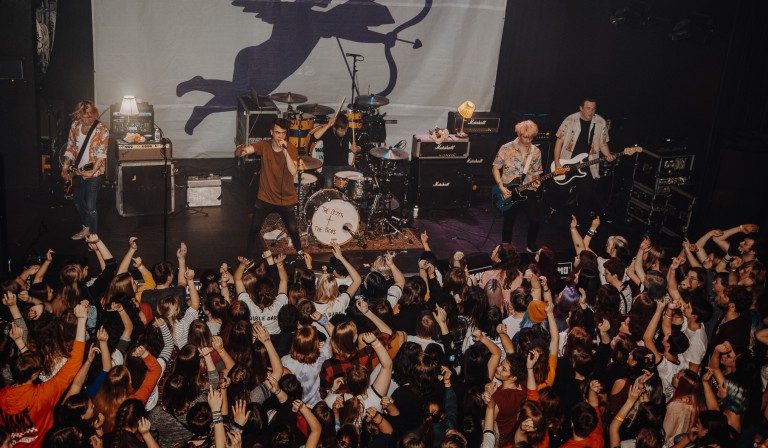 Dead! have announced that they’ve split.

The UK alt rockers, who released the incredibly well received debut album The Golden Age of Not Even Trying earlier this year, made the announcement on social media today as they explained that October’s sold out show at the Underworld in Camden would be their last.

The announcement comes a mere couple of months on from their UK/EU tour with Waterparks, which saw Alex Mountford and co. enjoy a sudden surge in popularity as they embarked on one of their most ambitious jaunts to date. It was a huge step forward for a band whose DIY aesthetic enabled them to stand out as one of the nation’s most exciting underground acts.

In a statement, the quartet write:

We have an announcement to make, and it is not one we make lightly. To those of you who have been here from the start, and those that have joined only recently, we love you all. Thank you for allowing us all to be a part of something bigger than ourselves. We won’t be playing any further shows this summer, sorry. but as a farewell show and a celebration of Dead! we will be playing our Underworld headline show on October 5th which has now sold out.

We have been Dead! – YOU are the Damned, Restless Future.
All of our love, the boys X”

The band have not outlined the specific reasons for their break-up, however recent weeks have seen them cancel shows at Camden Rocks and Dot 2 Dot Festival. It’s expected that more might be made public in the coming months.

We’d like to wish the entire band the best of luck with any and all of their future endeavours. Revisit our game of beer pong with the band below, and listen to Enough, Enough, Enough under that.