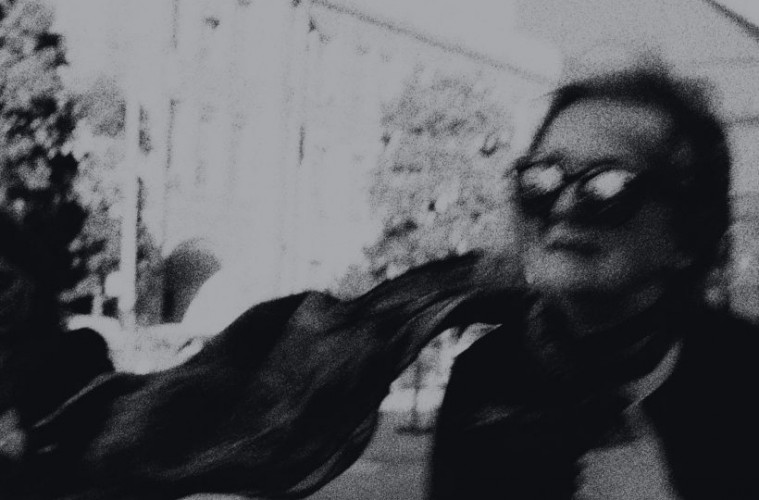 As humans, we want to be remembered. We want to imagine that we made an impact on this world. We want to find a way to move beyond the futility that is existence and at least feel like we made a difference. As a musician, you want to be original. It’s your way of making a stake in the world. To have a dream, a vision, something which people will remember as yours. Whether it’s as simple as a particular sound or production style or something far more ambitious, you want to make your own claim as an individual, reputable artist. When history remembers particular musicians, it remembers those who made a difference, whether through broader culture or in influencing their peers. Though others may have their fifteen minutes, it’s the originality which gains you longevity which is the closest we get to immortality. Not all are recognised in their own time, and most aren’t recognised at all, but still, it’s something that we strive for regardless.

Deafheaven have arguably already achieved this. They managed to sanitise death metal tropes such as the death growl and the relentless double bass drum pedal by blending it with genres whose fans would otherwise be repulsed by such elements. Their combination of orchestral post-rock soundscapes with the most contentious of metal cliches was one which few have tried seriously and less have pulled off. With such contrasts, you’d almost expect the results to be borderline comedic, but that’s what makes their achievement so much more profound. On their 2013 album Sunbather they created an absolute masterpiece, seemingly coming out of nowhere to create this new genre that in a way made it sound like they’d been working on it their whole lives and it was we who needed to catch up. It was emotionally charged, beautifully orchestrated, and George Clarke’s inhuman voice somehow managed to sound like the most natural thing to accompany the music. There was no hint of novelty; they had created something which sounded like nothing that had come before and made it sound natural.

In 2015, they released the difficult follow-up New Bermuda, with the weight of expectation that such a follow-up album would have. In it, they explored this new sound further, pushing the limits gently but focusing foremost on songcraft, creating an album that was arguably even better than Sunbather in its achievement, but undeniably lacking that same impact of originality that the previous album had. The changes were small, but each one was so perfectly executed that you couldn’t help but be impressed. Now, three years later, the longest gap they’ve had between albums, Deafheaven return once again with Ordinary Corrupt Human Love. Such a pompous album title rang alarm bells of pomposity and made me glad that I couldn’t understand a word Clarke was screaming, but then that was never the core of their appeal. What was important was the music within. If two classic albums wasn’t enough to instil trust, then what is?

On Ordinary Corrupt Human Love, the band have taken bolder steps into new territories. This album has vocals that are actually sung, guest spots and even a dream pop song. For those who’ve done so well at not fitting in, the change shouldn’t be surprising, yet it is. They’re trying new things as though aiming for longevity, not content to have simply created a new sound, but to want to become something more. Opener You Without End almost feels like a statement. Its slow build on the piano, the slide guitar and the female spoken word have hints of the signature Deafheaven sound, but in a way that’s more restrained and melody-happy than they’ve ever tried before. You almost get whiffs of The Hold Steady in its anthemic bar-room sound, something I never thought I’d say about Deafheaven. In fact, the first instance of Clarke’s voice that we hear is a gently harmonised reverb drenched background refrain, the cliche of a post-rock band wanting to try vocals for the first time. You’d be forgiven for thinking that you were listening to another band altogether. Of course, it’s only a matter of time before the growl comes back, but with the lusciousness of the other instrumentation, the contrast ends up with an air of ridiculousness about it that they managed to circumvent in the past.

Honeycomb follows, and it’s far more in the style that Deafheaven stalwarts will be familiar with, reminding you over the course of eleven minutes why it is that these guys can send you on an emotional journey through instrumentation alone. It’s a tour-de-force of their finest points, and its choice as the lead single from this album feels like a very safe option in the context of its counterparts. There are other moments of what we shall refer to as “traditional Deafheaven” on the album, such as Glint or Canary Yellow, but on repeated listens you begin to notice the increased attention paid to melody and a restraint which has only been flirted with in the past. Even on the traditional tracks, as the songs progress, you can’t help but get hints of the more palatable sound creep through.

The two boldest statements on the album furthest removed from what came before are Near and Night People. Near sees Clarke singing throughout, using his voice as a melodic instrument floating above the instrumentation which creates a sound no more abrasive than the softest sides of Explosions In The Sky. Out of context, you’d never know it was one of their own, its luscious shoegaze having more in common with a band like Sigur Ros than their other material. Night People is a collaboration with Chelsea Wolfe, another respected genre-blurring artist, and creates something completely different again. With the reverb-drenched pounding toms, there’s almost a whiff of pomposity to it, which once again feels like an exploration of something new, but not necessarily something that meets the same levels of success. It has a grandiosity which doesn’t seem to go anywhere. If they’d made it either bigger or smaller, it’d have had more success, but in its half-way incarnation, it just feels like an experiment.

There are more than enough moments on this album to fall in love with the band again, as many of the changes feel simultaneously more bold and more restrained. The fact that they’re trying new things makes sense at this stage, as any more fine-tuning of their previous sound would probably end up with diminishing returns. The band suffered some of the effects of fame in the process of creating this album with substance abuse being cited as a problem. Perhaps by coming through it all they’ve realised they’ve got something special and want to do whatever they can to make it last. Of course the problem with that is the feeling that they’re trying, they’re no longer just doing what they want. A cynical part of your mind can’t help but wonder how much more calculated this album was than what came before. Even the chord progressions have a relative predictability at points that make you feel like you already know the melody on the first listen. That’s not a bad trait in itself, but when the instrumentation is the sole focus of the music, it feels a little obvious by their standards.

There’s enough here to stay excited about what’s to come, but this feels like a more transitional album, with the cohesion less well realised than it has been in the past. In interviews, the band have talked about a new confidence on this album, and that may well be the case on a conscious level, but what they did before was so much bolder, more distinct and unique. Perhaps that confidence was more subconscious; artists don’t always have the self-awareness about what makes them great, and many end up like Interpol. It may have felt more natural to them, but forcing a sound does not equate to confidence though the two can often be confused by the individual. It’s not a perfect album, and realistically they had no choice but to change, but they never quite achieve the consistent highs of Sunbather or New Bermuda. Despite this, it’s probably the best thing they could have done at this stage to keep going.