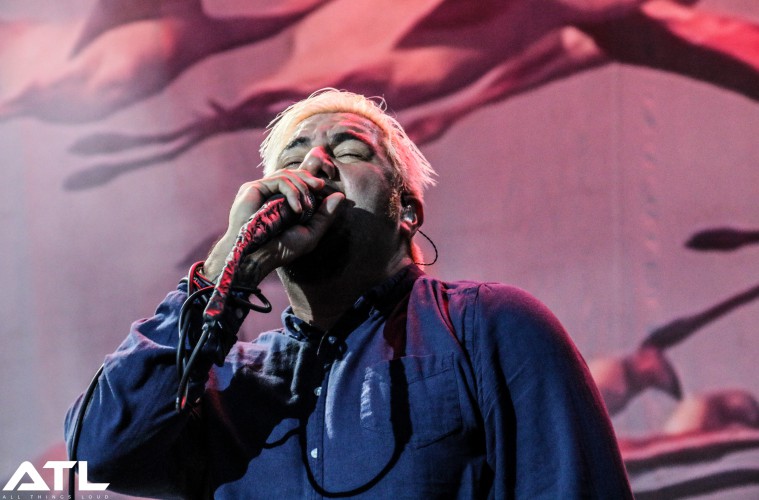 Deftones frontman Chino Moreno has offered up an interesting update regarding their new album.

The American hard rock outfit are set to release the follow-up to 2016’s Gore either at the end of this year or the start of 2019, with a Spanish interview revealing that the record will be considerably heavier and feature plenty of groove.

During a chat with Rock.com.ar, Moreno claimed that the group already had around six or seven songs which they were working on: “There are six or seven songs, which are still mutating. They are very powerful, and I am anxious because, as I told you before, it has been a collaborative process. I think all our albums were postcards of what we were going through at each moment. Either with Adrenaline, we were boys, with White Pony, we had matured a little, with Diamond Eyes or with which we are recording. Everyone has their own feeling, because it belongs to an era. Today we are older guys, I suppose, but we still enjoy making songs with marked riffs, cool melodies and a lot of groove. It is fun.” In the chat, which was translated by The PRP, Moreno also spoke of guitarist Stephen Carpenter’s involvement in the process, having been notably less invested in the recording process for Gore. He says: “We really want Stephen to have a strong role on all the albums, but in this case [Gore] it did not turn out the way we wanted. Most of his problems were not about Deftones, but about personal things. The best part is that now we are writing songs for the new album, and unlike Gore, it’s been a joint effort.”

There’s currently no say on when the album will see the light of day, however Deftones will be touring this year. Check out all the dates here, which include shows at Hellfest, Austin City Limits and an extremely special appearance at Robert Smith’s Meltdown Festival in London.

Watch the video for Hearts/Wires, which is taken from 2016’s Gore, below.

Update: a previous version of this article mixed up Stephen Carpenter’s name with that of drummer Abe Cunningham. This has been amended.