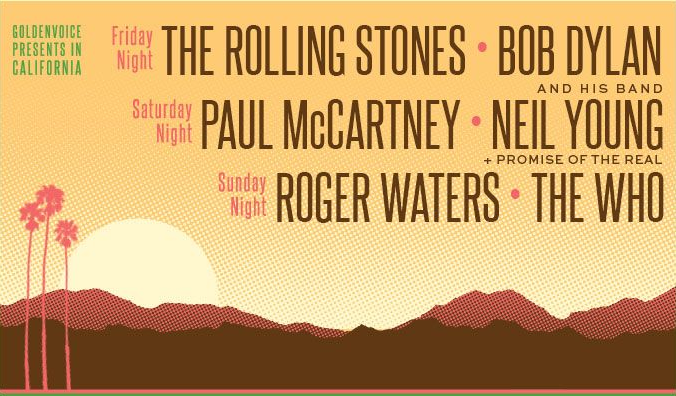 The line-up for the first ever edition of Desert Fest has been announced, and it’s an absolute scorcher.

The Indio weekender has been teased for a while now, with it supposedly boasting a line-up of all-time music legends.

Now, the line-up has been confirmed: The Rolling Stones, Paul McCartney, Roger Waters, Bob Dylan, Neil Young (+ Promise of the Real) and The Who will all perform on the Coachella festival grounds in October.

The festival takes place from 7-9 October, with tickets priced between $200 and $300. Check out a full price breakdown below.

Tickets for Desert Fest will go onsale next week Monday (9 May). Click here for an insightful article courtesy of Forbes.