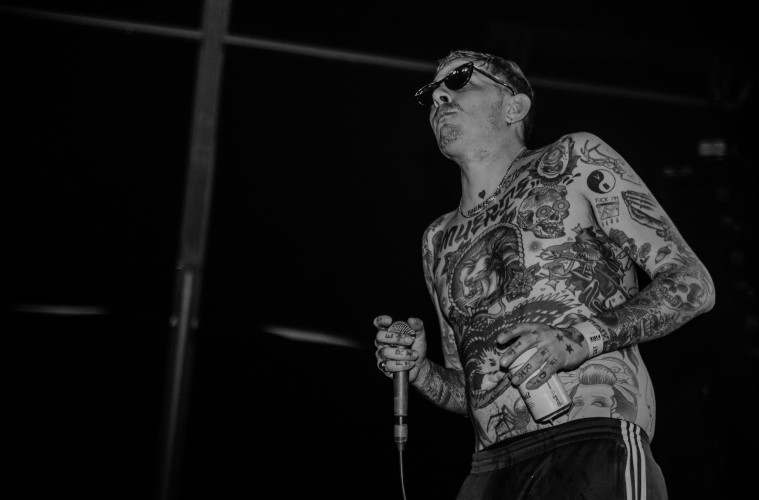 “All dogs are created equal”: In Conversation With Viagra Boys

If you’ve ever seen Stockholm’s Viagra Boys live, you’ll know that the Swedes leave no stone unturned in their pursuit of sax-fuelled post-punk chaos. Frontman Sebastian Murphy is the hellraiser, the firestarter and the centre of attention whenever he and his band take to the stage. 2018’s staggeringly awesome Street Worms served as a punch-packing debut which begged for more, and in January 2021 its follow-up Welfare Jazz will hit the streets with just as much swagger, even more groove and a lot more fun. Jack Parker called up Murphy to discuss the new album, animals > people and an already-completed follow-up to Welfare Jazz.

Hahaha, what the fuck was that?
Corona, man.

Oh, shit. Do you have it?
No, I’m good. Just my normal smoker’s cough.

Ha. How are you?
I’m doing good man, how about you?

I’m good. Just dealing with everything that’s still going on. For a band as prolific as Viagra Boys, though, 2020 must have been a weird year. How have you been coping with the pandemic?
Pretty good actually! In a way we’ve been blessed compared to countries like the UK where people haven’t been able to practice and whatnot. We’ve been able to meet up and write and record so it’s been fine. Of course it’s a total bummer not being able to play, but we all have other jobs and stuff like that so we’ve been able to make some money. 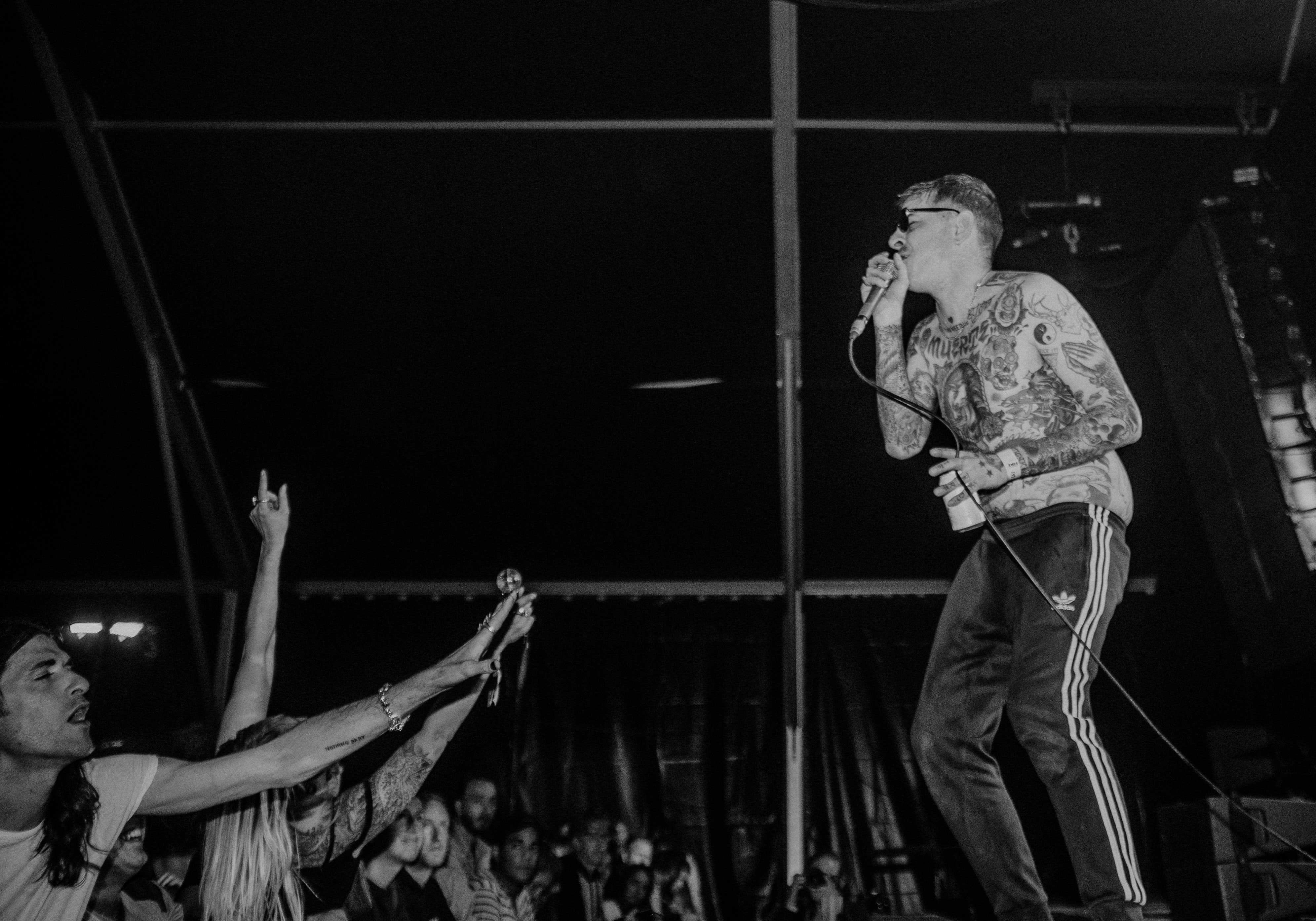 What do you do away from the band?
I’m a tattoo artist. One of the other guys is a carpenter, and the others either work in music or for the government. One guy is also a chef.

I know Sweden’s pandemic handling was seen as controversial by some at first. How has the situation been taken care of now?
I’m the worst person to ask. I hear it’s getting bad again and that people are dying and stuff. But I don’t know, I think maybe in a year we’ll know how all these different strategies worked.

Welfare Jazz is the new album. What fuelled the songwriting?
It had a lot to do with a break up in my life as well as a sort of break up from a certain way of living. I had been taking a lot of drugs for a long time, and when I started writing this album I was quitting all of that and realising the extent to which I had a problem. There’s a lot of regret and hope for something better in the songwriting.

Would you say this album served as a coping mechanism of sorts for the tough period you went through?
Yeah. It always is, in a way. Songwriting is always some sort of coping mechanism.

So how has your outlook on daily life changed on the back of creating this album?
It’s way different. I think I’m much less focussed on partying and more focussed on my mental and physical wellbeing and being nice to myself.

It all starts from within.
Yeah.

And why Welfare Jazz? What’s the idea behind that title?
It’s a reference to free jazz and how people who make free jazz can’t make money from it unless they’re on welfare. In Sweden the government subsidizes you and you can get help from them to play your shitty music. I liked the way it sounded, and it actually came from a conversation I had in Swedish with a musician friend of mine. Someone had said something about me singing some free jazz on a song with a sax player friend of mine, and he asked that guy what all his welfare jazz friends thought of it. I thought it sounded great in Swedish – välfärds jazz.

Which vibes and emotions were you trying to hone in on this time round? There’s quite a big contrast between slow, dark songs and ready-to-party bangers.
Yeah, yeah, yeah. A whole bag of emotions, it’s hard to – that’s a hard one.

Let’s talk about Girls & Boys. That’s definitely your grooviest song to date.
That came from the riff. Someone wrote that and we jammed on it and everyone was really stoked by it, especially the sax part. *Impersonates it*. It used to be even more Italo disco and I think we could just all picture everyone dancing to it, which is part of the spirit of Viagra Boys: everyone dancing. For the lyrics I didn’t want to write something with too many words, because I wanted to keep the focus on the rhythms.

There’s a recurrent theme of animals in your music. Worms, dogs, frogs, toads, shrimps. You name it. What is it about animals that appeals to you so much in your songwriting?
I think they just appeal to me in everything. If I draw anything it’s always going to feature lots of different animals. Little dogs, little frogs, rats and shit like that. I just appreciate them and I like them more than I like people. I’m really into nature and shit like that, spending time in the woods, admiring wildlife. And I’m just really into dogs.

Which dog is the best in show?
All of them. All dogs are created equal.

In Spite Of Ourselves is a collaboration with Amy Taylor of Amyl & the Sniffers. How’d that come about?
It’s a cover of a John Prine song. I heard it on the radio and I thought it was fucking amazing. The lyrics really spoke to me, and so I called Amy and she really wanted to do it. 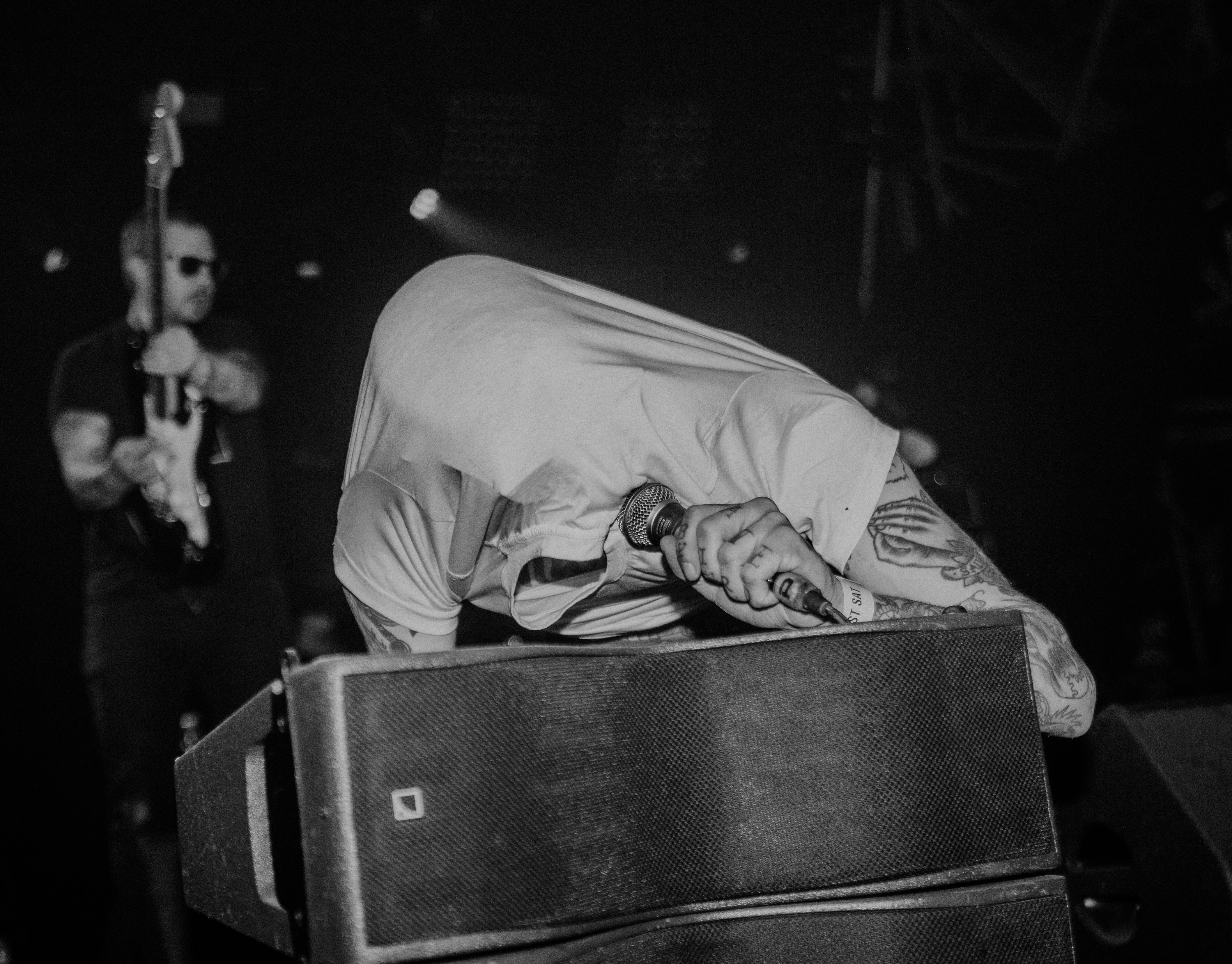 I Feel Alive has some quite poignant lyrics. What were you going through when you wrote that?
That was a note I had written on my cell phone. We had started playing the song on the piano and the guys asked me if I had any lyrics. I checked the notes on my phone and found this one. I’d written this to myself not as a song, but as a message to myself when I couldn’t sleep. Like, “jesus, I feel alive”. It was a bit sarcastic, and I thought that was funny. I went off on that one line and kept writing about it. It’s a reference to my drug use days and how one night you can feel like you never want to do this again, that you hate yourself and want to kill yourself, and how you feel so alive a few hours later.

You’re the frontman, the face of Viagra Boys. But how much say or input do you have in the music? How democratic is that process?
It’s very democratic. We all have a very specific role within the band, but when we start writing we all play off each other. If someone writes a riff, everyone else can say something about it. Like, “you should do this or that”. We are all very honest with each other and we have no problem critiquing. The process is super natural. Our sax player will write a guitar riff and then our guitarist will write a bass riff. We’re like one big, singular being. Writing becomes really natural, and although I don’t write any of the riffs beforehand I can definitely have a say if something sounds good or bad. We all have that.

Welfare Jazz feels like a refined and streamlined version of Street Worms, and with this you now have two solid records. Where would you like to see this all go next, though?
We’ve actually recorded an album after Welfare Jazz and that’s exactly where we want to be. You’ll have to see, but musically we’re exactly where I want us to be.

That’s mad, that.
It was all new stuff. We had a bunch of time so we were like, “let’s go record!” We practiced every day for a few weeks and just wrote songs in the practice room. We recorded eleven songs in six days and every single one of them is a banger. I’m stoked. Welfare Jazz is due 8 January.