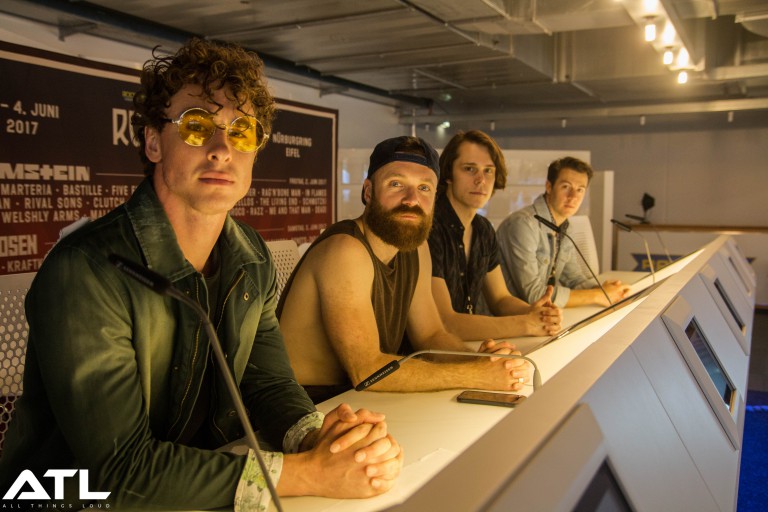 Don Broco have completed work on their new studio album.

Frontman Rob Damiani confirmed the news during Rock Sound’s latest podcast (listen here), adding that the aim is to have it out by early 2018 at the latest.

Speaking of the record, Damiani said: “We’re pretty much finished recording now – we finished just before hitting Reading And Leeds. So now it’s just the final mixes and getting a tracklisting together.”

“We recorded a few extra songs too, so we just need to piece it together and make it feel like a whole now. The hard work aspect is done, now it’s the annoying little bits!”

“So there’s definitely going to be a bit more music before then and it’s just up to us now to get our arses in gear and get the videos and everything done” continued the vocalist.

Check out the above link to listen to all of Damiani’s words. Don Broco will headline London’s Alexandra Palace on 11 November, and you can get your tickets here.