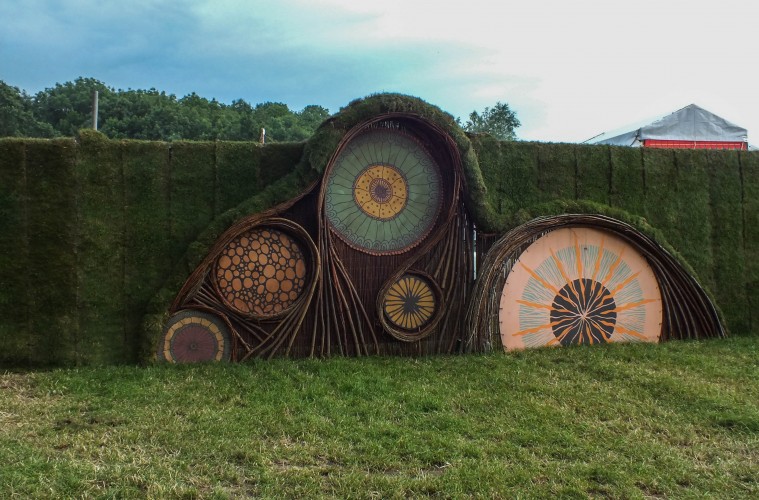 Down the Rabbit Hole – Our Recommendations (Part 1)

Last year, Down the Rabbit Hole proved to be one of the best festivals which Holland had to offer. Boasting a beautiful, scenic location in the Dutch vicinity of Beuningen, the weekender saw performances from the likes of Damien Rice, Iggy Pop, Patti Smith and Seasick Steve. This year, for its 3rd edition, the festival will only grow further as it looks set to welcome some 15,000 festivalgoers. When you look at Holland’s festival climate, it’s very evident that Down the Rabbit Hole have gone from a small newbie to Holland’s favourite small festival in no more than three years. We’ve taken a good look at the line-up so far this year, cherry picking a handful of acts we think you should check out in Beuningen below.

THE NATIONAL
The National are set to make their big return in 2016 as they prepare to follow-up 2013 release Trouble Will Find Me. In the two years since they took a brief break, frontman Matt Berninger shifted his attention towards the eclectic synth-pop project EL VY, something which demonstrated a fresh side to the demure frontman. We’re not sure how The National’s new record will sound (or when we can even expect it), but we do know that it will make out part of some of 2016’s most encapsulating festival sets. What better place to experience this than down a rabbit hole in the company of 15,000 people? MAC DEMARCO
Slacker Mac DeMarco doesn’t seem to know when to stop touring, with 2016 just another year on the road for the dreamy American rocker. Last year, he released the hazy mini-album Another One, with rumours of a proper record rife at the moment. DeMarco fits in extremely well with the demographic which Down the Rabbit Hole attempts to reach, meaning that his set will likely be one of the busiest of the weekend. If you’ve not had a chance to check him out, then make sure you do so in order to prepare for his manic live shows. Think 2015’s set by King Gizzard & the Lizard Wizard, but wilder. SUN KIL MOON
Californian singer-songwriter Sun Kil Moon, aka Mark Kozelek, takes an alternative approach to his extremely poetic cuts. Having released a handful of albums over the past few years, including 2014’s stunning Benji, Kozelek also teamed up with British act Jesu for a collaborative album last month. On record, he’s an absolute machine with a knack for knocking out record after record. His live show, which is accompanied by a full band, will likely do much of the same on a bigger scale. Expect his set in Beuningen to be filled with witty observations on life in the USA, as well as heart-wrenching stories (see Clarissa). PJ HARVEY
Joining The National and one unannounced headliner at the top of the bill this year is English musician PJ Harvey, a cult legend in her own right. Having just completed work on new studio album The Hope Six Demolition Project (due 15 April), Harvey looks set to tour relentlessly across the world. New single The Wheel is a catchy, rockier cut which marks Harvey’s first release since 2011’s Let England Shake, an album renowned by many as one of her best works. The Hope Six Demolition Project offered fans the chance to watch Harvey record the album in silence, with its results now set to be witnessed by thousands upon thousands of fans in Beuningen this summer. PJ Harvey is a perfect fit for Down the Rabbit Hole, so don’t be surprised if her set ends up being one of the weekend’s best. DUBIOZA KOLEKTIV
It’s never a festival without a proper party to get things started. Whereas Che Sudaka failed last year in attracting a big crowd, Bosnian septet Dubioza Kolektiv look to bring some much-needed Balkan vibes to Beuningen in what is likely going to be one of Down the Rabbit Hole’s most entertaining sets. Elements of punk, ska, rumba and dub all intertwine with politically-charged lyrics to create a dance-worthy end result fit for any festival. If we’re to trust the festival in making the right decisions, then we can certainly expect Dubioza Kolektiv to follow in Omar Souleyman’s footsteps and perform a spellbinding midnight set in the Fuzzy Lop. It may be Down the Rabbit Hole smallest tent, but it’ll definitely make for the weekend’s biggest party. GLEN HANSARD
Closing out our first recommendations list is the Irish musician Glen Hansard, whose silky smooth alt folk is a perfect fit for a lazy Sunday afternoon set. Having been around since 1983, Hansard definitely knows how to do a thing or two, whether it be by himself (something he’s done since 2011) or in a band (The Frames and The Swell Season). In June, Hansard will take to the stage at Down the Rabbit Hole having released his most recent studio album Didn’t He Ramble last September. He isn’t the most noteworthy name on the bill, even though his set will most likely be extremely well-received by singer-songwriter-loving Dutch. Also appearing at Down the Rabbit Hole in June will be Courtney Barnett, Ty Segall, Mura Musa, The London Souls, Pat Thomas & the Kwashibu Area Band, Sonido Gallo Negro, Flume, Charles Bradley, and Fresku. More names are set to be announced later this week, and you can buy tickets here. Stream the official Down the Rabbit Hole playlist below.