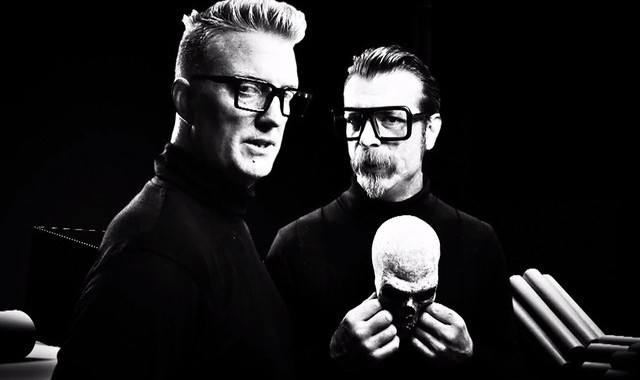 Ahead of the show, Hughes conducted an emotional interview with Swedish TV reflecting on the last three months. You can watch the full interview below. Eagles of Death Metal will make their long-awaited return to Paris this coming Tuesday (16 February) when they play at the city’s Olympia. The show is part of a (partly) rescheduled European jaunt dubbed the Nos Amis Tour.

During last night’s emotional show in Stockholm, the band played:
‘I Only Want You’
‘Don’t Speak (I Came to Make a Bang!)’
‘Complexity’
‘Whorehoppin’ (Shit, Goddamn)’
‘I Got a Feelin (Just Nineteen)’
‘Stuck in the Metal’
‘Oh Girl’
‘Wannabe in L.A.’
‘Silverlake (K.S.O.F.M.)’
‘The Reverend’
‘Cherry Cola’
‘I Want You So Hard (Boy’s Bad News)’
‘Secret Plans’
‘Brown Sugar’
‘I Love You All the Time’
‘Save a Prayer’
‘Speaking in Tongues’