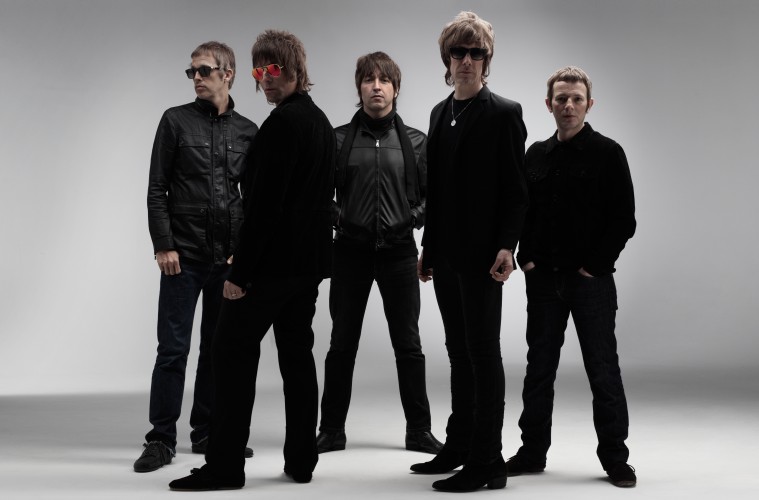 When you have bands from two of the UK’s roughest and toughest area’s playing in Amsterdam on one night, anyone would be able to predict the chaos that may ensue. The bands in question, Leeds’ Eagulls and Manchester’s Liam Gallagher-fronted Beady Eye, are at opposite ends of the rock spectrum yet still draw in very similair crowds. Eagulls are known for their stubborn attitude blended in with raw, grungy rock whereas Beady Eye, made up from the remaining members of Oasis, specialise in “in-your-face” rock ‘n’ roll.

Aside from these two bands, though, there was one other band on the bill who All Things Loud didn’t get to experience – Speedy Ortiz. Fronted by Sadie Dupuis, the indie grunge band followed Eagulls to play a set consisting of tracks from their brand new EP, Real Hair, as well as songs from older EP Sport and album Major Arcana. With a crowd of approximately 200 people present minutes before the band took to the stage, the set was sure to have been a successful one for a group with a very bright future.

Eagulls, who preceded Speedy Ortiz, rocketed through a 40-minute set of hardcore grunge rock which included tracks such as Nerve Endings and Possessed, the latter of which the band recently performed on their network television debut in the US for David Letterman. The songs are fast, catchy and raw, yet although this group have tons of potetial to be big, there are still issues which are holding them back. One of these is the lack of audible and well-sung vocals onstage, with blonde-haired vocalist George Mitchell mainly shouting his way through the set. A majority of this is down to the sound desk, who didn’t help him in making his vocals more audible, yet singing (and acting) lessons might help Mitchell improve his vocals and overall presence as well. This is another issue the whole band can account for – a significant lack of presence on stage, which is still relatively acceptable considering they are a young band with a lot still to learn. Eagulls are a talented bunch, and this set showed the obedient and excitable Amsterdam crowd that, despite something extremely captivating still missing, there is definitely potential…

Mere minutes before Eagulls took to the stage, Beady Eye had just rounded up a brilliant set in the 2,000-capacity main room, which All Things Loud caught the tail end of. It wasn’t a sold out show, but the largely Mancunian crowd still sang at the top of their lungs almost as if they were worshipping legendary frontman Liam Gallagher. The set included popular tracks from both their own two albums (such as The Roller, Four Letter Word and an extended version of Bring the Light), as well as covers of Wonderwall (a song by Oasis, the band all members of Beady Eye were in before a messy split in 2009) and a show-closing rendition of The Rolling Stones’ Gimmee Shelter. It ended with a clearly wasted Gallagher leaping into the crowd, as at least 500 people shuffled around in one massive huddle trying to get a piece of him. He walked back up on stage afterwards, sticking two fingers up at the crowd before swaggering offstage with a Manchester City scarf in hand.
By the looks of things, Beady Eye stormed the Paradiso with roaring success, leaving it up to Eagulls and Speedy Ortiz to finish off a very rowdy, and very English, evening.