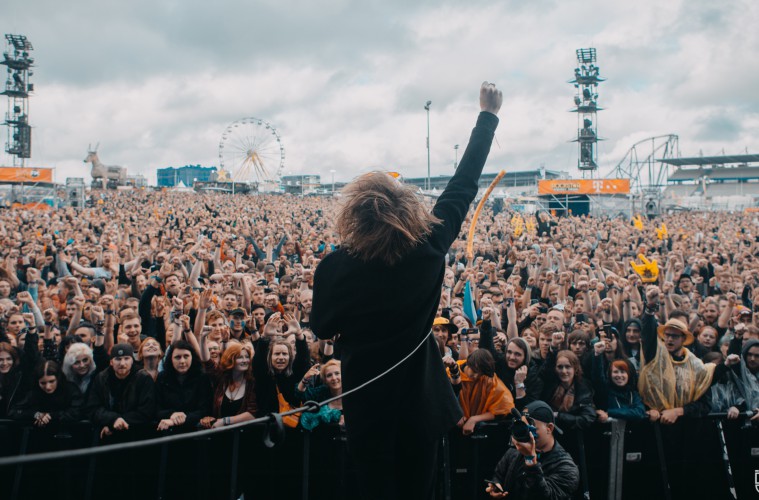 Later this week, Jera on Air will open its doors for what looks set to be its biggest edition to date. With a line-up which boasts some of today’s biggest alternative names (Enter Shikari, Billy Talent and Neck Deep among them), Jera on Air is on the verge of selling out for the first time in its 26 year history. Over the course of three action packed days, the Ysselsteyn bash will welcome just under 6,000 revellers, and to celebrate that we’ve picked eight songs which will undoubtedly drive crowds absolutely wild come this weekend. We’ll keep the explanations to a minimum, because the songs themselves should hopefully do the talking.

Fans of a good, old fashioned punk rock moshpit should go wild to their heart’s content during this Billy Talent classic, by far their biggest anthem.

“CAN YOU HEAR THE WAR CRY?”

UNDERØATH – A BOY BRUSHED RED LIVING IN BLACK AND WHITE

Because there ain’t no circle pit like an Underøath circle pit, right?

Frank Carter and his band, The Rattlesnakes, are no stranger to Jera on Air. They’re also no stranger to fucking shit up. Want to hear exactly how that goes down? Then see below for Exhibit A, the only example you need.

No one on the Jera bill is more politically outspoken than Anti-Flag, so allow The Press Corpse to rile you up to the max.

Making Waves is one of Blood Youth‘s most brutal tracks, so make sure that you don’t remain stagnant at Jera. Also, stay hydrated.

Jera on Air takes place from 28 through 30 June in Ysselsteyn. There are limited tickets left, which you can get here. Listen to the official festival playlist below.