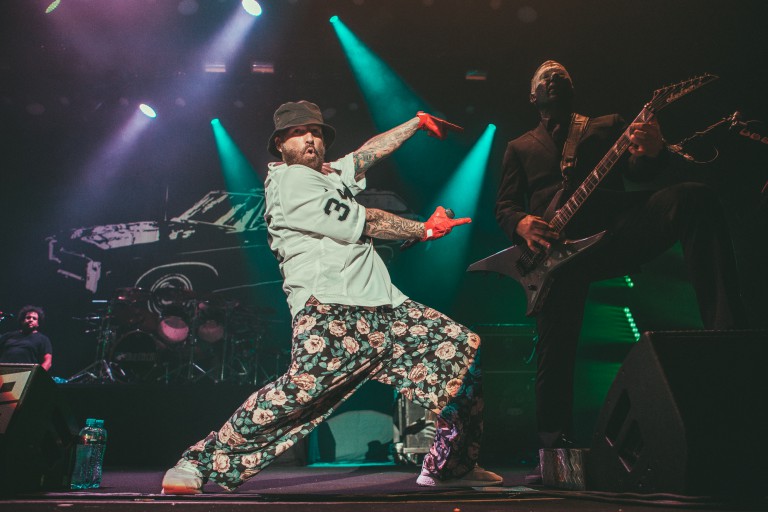 Have you ever heard of Electric Castle? Chances are that you haven’t quite been made aware of the Romanian bash, probably due to it being pretty far out from the Western-centric festival world. For some reason, Eastern European festivals often fall off the critical radar despite their ability to put on events which are just as good – if not, better – than their continental counterparts. The picturesque Electric Castle is one of the highlights in the European festival calendar, boasting its biggest line-up to date with names which make the sunny weekender all the more exciting. We’ve picked out five artists whose performances at Cluj’s Banffy Castle should not be missed at any cost and are definitely better than the city’s own football team.

Are you in the mood to break some stuff? Good, because Fred Durst and his Limp Bizkit lads are back on the campaign trail for yet another summer of festivals across Europe. You might begin to wonder if – without a new album in tow – the Bizkit are still relevant, but once the band take to the stage all doubts are pretty soon quashed. Why? Well, just see for yourself in Cluj. Or in the below video, that works too.

BRING ME THE HORIZON

2019 well and truly is Bring Me the Horizon‘s year. New album amo might be yet another step in a direction far removed from their heavier breakthrough, but it’s also one of the strongest collections of music they’ve put out to date. Expect Oli Sykes and co. to treat Romania to an energetic set centred on amo’s sparse soundscapes, pit-ready riffs and grooving rhythms. It’ll be the band’s biggest appearance to date in Romania, and with good reason.

Remember when The Vaccines broke through all those years ago with their eclectic mix of densely packed, hyperspeed indie rock? Yes? It might feel like it was yesterday, but the band are still well and truly at it and as strong as ever. Fourth album Combat Sports came out last year, propelling the band back into the upper echelons of the indie rock stratosphere. Nightclub made for one of 2018’s most powerful tracks, and so expect the band to inject that same energy into proceedings come Electric Castle.

It wouldn’t be a stacked festival line-up without an appearance from While She Sleeps. The Sheffield hellraisers have long been at the forefront of the modern day metalcore revolution, a reputation they cemented for themselves when acclaimed album You Are We emerged in 2017. Now, with the equally ferocious So What? to booth, Loz Taylor and co. are ready to conquer stages across the world yet again.

Viagra Boys are one of very few bands around today whose name has to be censored in press emails so as to avoid ending in the spam folder alongside messages from Nigerian heirs and heiresses. The somewhat controversially named Swedish garage rockers are one of the most exciting things to come out of Stockholm since ABBA, with last year’s Street Worms serving as one of the best rock releases to come out in 2018. From the wacky Sports and fiercely groovy Down in the Basement through to the rowdy Frogstrap, Viagra Boys presented the world with an album to behold. Now allow them to do it justice at Electric Castle, because you won’t regret it.

Electric Castle takes place in Cluj, Romania from 17 to 21 July. Get your tickets here.