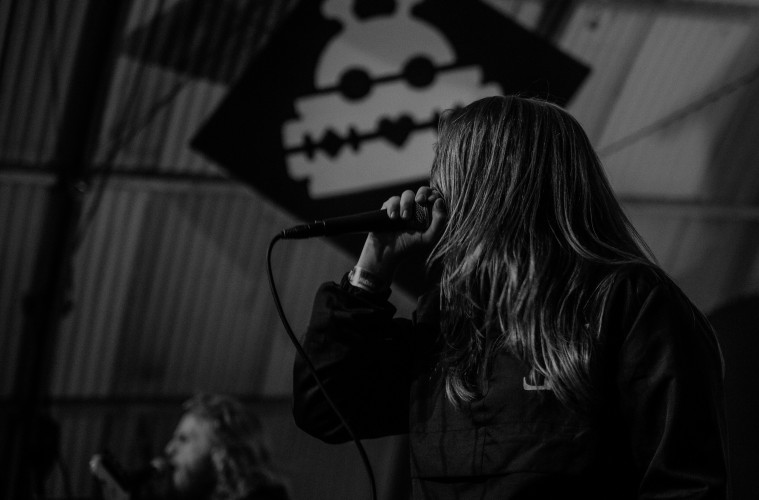 The Empowerment of Women Through Heavy Music

Today (8 March) marks the annual International Women’s Day, a focal point in the history of the movement for women’s rights. It celebrates the continuous struggle that’s been uplifted as society’s standards change with regards to women and their rights. It is an important day upon which we should all strive to get closer to a point of pure equality – after all, we’re all humans with the same battle we call life. Being born a particular gender shouldn’t automatically place you in a position of advantage or disadvantage, and that is what we bring to the forefront today.

This is no different in the music industry, as inequality is very much still present. It is therefore vital to promote a healthy, equal and standardised workplace for both men and women, as should be common sense too. Over the years there have been plenty of female artists who attempt to convey or reinforce this concept of inequality, and here at All Things Loud – where the team counts 14 women versus 10 men – we believe it’s important to look at bands on the heavy music spectrum who promote this idea of female empowerment in the music industry. Here are five.

L7 is an L.A. based all-female punk & alternative rock band from the 90’s who, for many, are quite a prominent figure within the female rights movement. The band was founded back in 1985 by Donita Sparks and Suzi Gardner, and by the time 1991 rolled out they’d created Rock for Choice – a series of benefit concerts with sets from the likes of Pearl Jam, Red Hot Chili Peppers, Nirvana and Rage Against The Machine, all of whom support the cause. Rock for Choice focussed on pro-choice for women and the battle against the (then) illegality of abortions. This idea of pro-choice is vital in the grand scheme of things because it gives women the ability to have control over their own bodies. L7 are known for their signature song Pretend We’re Dead, taken from hit album Bricks Are Heavy.

Ithaca are a currently very relevant, having released debut album The Language of Injury last month. Led by Djamila Azzouz, the band promote feminism through their use of social media. With only an EP and one album to their name, Ithaca are a fresh new force to be reckoned with and are sure to shake up the future landscape of modern heavier music. Listen to their latest album below.

Employed to Serve are a London-based post-hardcore and metalcore outfit fronted by vocalist Justine Jones. They’re currently showing the world that there is most definitely a place for women in metal, and they consistently break the male-dominated standard that’s still prevalent in the metal world. They currently have two albums, two EPs, and a split-EP to their name, as well as new album, Eternal Forward Motion, due 10 May. Listen to their last full-length LP, The Warmth of a Dying Sun below.

Svalbard, led by Serena Cherry, have been vocal about women and their place within metal music for quite a while now. They were recently featured in a Kerrang! article which stated: “Let the bullies laugh… metal is where I belong”, and so it comes as no surprise that the issue of equality amongst genders is a vital one for the band and their own ideologies. They’ve been active since 2011, releasing two full-length LPs on Holy Roar and Tokyo Jupiter Records, the latter being their most recent project – It’s Hard To Have Hope, which you can listen to below.

Last but not least, Rolo Tomassi have also been causing quite a stir lately through their majestic blend of alternative rock, mixed with elements of post-hardcore and math rock. Fronted by the powerful Eva Spence, Rolo Tomassi have been actively releasing and touring since 2006, with five full-length LPs and various EPs to their name. Their latest full-length project, Time Will Die and Love Will Bury It (which we gave a 7/10) was released last year and can be streamed below.

Ultimately, these bands have helped and are still helping to shape the current musical landscape in terms of gender equality. They show that – yes, there is a place for women in all genres of music, be it the heaviest, most gruesome metal or groovy pop ballads – music is universal and makes us all, as human beings, feel and gives us a sonic means to express our deepest values and emotions. Genre doesn’t have a gender. Sébastien Gamez.